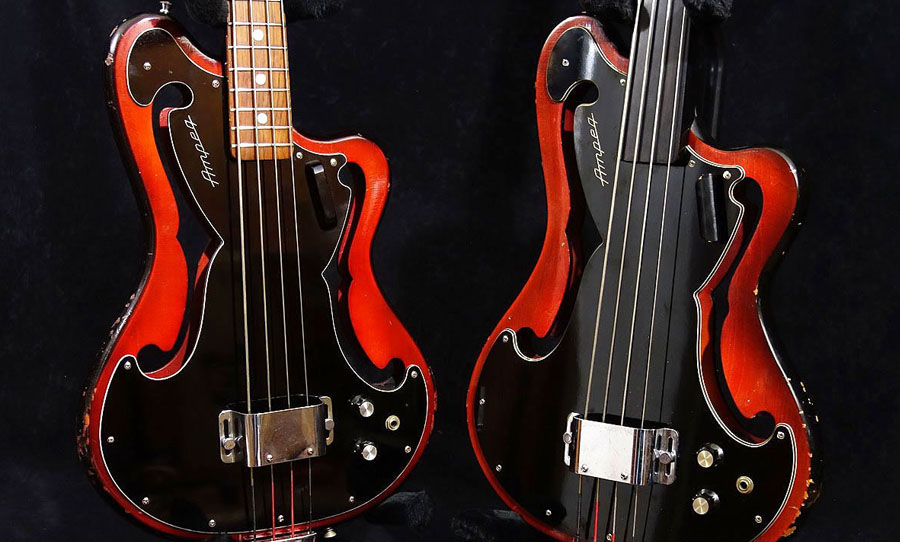 When a bass player plugs in at the studio or at the gig, more often than not they’ll be using an Ampeg amp. And if they aren’t, they should be. Ampeg has come to dominate the world of bass amplification so wholly that you’d be forgiven for thinking that it’s been their only pursuit.

Alongside their amplifiers, however, Ampeg has a parallel history in creating bass guitars. These aren’t the typical specimens though – the basses that Ampeg produced are decidedly left-of-centre in sound and especially aesthetic. So let’s explore this wonderfully wacky experiment in the history of bass and find out why these rare relics are still prized today.

Known as the go-to for bass amplification, Ampeg has created a lesser-known parallel storyline in bass guitars. Let’s get to know these weird and wonderful instruments.

From the Mind of a Bass Player

Everett Hull founded the Ampeg Bassamp Company in 1949.  The company found fame in 1960, a few short years after employing Jess Oliver, the engineer who was behind the B-15 Portaflex bass amp. The B-15 would go on to be a leading voice in this new field and subsequent models – like the stadium-rattling SVT series of amps – cemented the company’s reputation as the industry standard in bass amps.

Hull was an accomplished double bass player. And like most innovators, his initial impulse was to fulfil a practical need. Competing with the ever-increasing volume of rock ‘n’ roll combos and big bands, he wanted to create a microphone pickup for the double bass: an amplified peg, or ‘Ampeg’ for short.

Ampeg’s concept of bass projection reached maturity with their groundbreaking amps, but there were early experiments with pickups as well, as evidenced in their Baby Bass. It was a pretty bizarre creation too and a tribute to Hull’s love of old-timey swing music of his younger years. It was a miniature double bass with a plastic body that didn’t sound much like a traditional upright, though it was a favourite of travelling salsa bands, owing to its portability and mid-range thump.

By the mid-sixties, the world had truly moved on. Rock music was firmly ingrained in popular culture and electric bass legends like James Jamerson were taking Ampeg’s own products and pushing them to the edge of distortion. Bass had changed and if Ampeg wanted to keep competing, they had to get with the times.

Hull’s predicament led him to search for more youthful opinions. As such, the development of Ampeg’s first horizontal bass was headed by Dennis Kager, who was in his early twenties when he got the gig. This resulted in the AEB-1 fretted, horizontal bass. So, just like a Fender P Bass, right? Not even close. Though there was a nod to the Fender Jazzmaster, which Kager played in his own band, the look of the bass still had hallmarks of the old – an upright-style scroll headstock, hollow body, with F-holes went straight through the body.

Key to the mysterious tone of this new breed of bass is the pickup. The configuration was explained in this excerpt from Vintage Guitar:

“Under the diaphragm, two magnets and two large coils – nested in a block of epoxy – would translate the acoustic vibrations of the strings, bridge, and diaphragm into electrical impulses for amplification.”

Evidently, this setup wasn’t everybody’s cup of tea. Players (Rick Danko from The Band for example) would often replace the original pickup with a standard magnetic pickup – like that from a P Bass – to garner a tone that covered a broader scope of the frequency spectrum. Deal with the Devil

Alongside the AEB fretted and AUB fretless basses, the even rarer model ASB and AUSB enjoyed a limited run of production. Its nickname was the ‘Devil Bass’ and it’s not hard to see why. Yes, the scroll headstock is still there, but the body is a much more wild creation.

The unique pickup system of the AEB series was transferred over to the Devil Bass, but the body features a black central block with red horns angling outwards from the centre of the guitar. Like the aforementioned Kager, the designer of the Devil Bass, Mike Roman, took on some outside inspiration. In this case, the Ampeg emulated DanElectro’s Longhorn bass.

Another strange detour in the Ampeg bass catalogue was the Dan Armstrong Plexi model. Though famously transparent, other aspects of this model were slightly more conventional. A magnetic pickup with stacked design in which the tone control mixes treble and bass controls. For a host of rational reasons, Ampeg decided to focus their innovations on amplifiers. The brand went from strength-to-strength, releasing multiple lines of tube-powered amps that are still beating the competition. But for a brief time in their history, they followed their inspiration in creating bass guitars. The world is a better place for these adventurous creations. 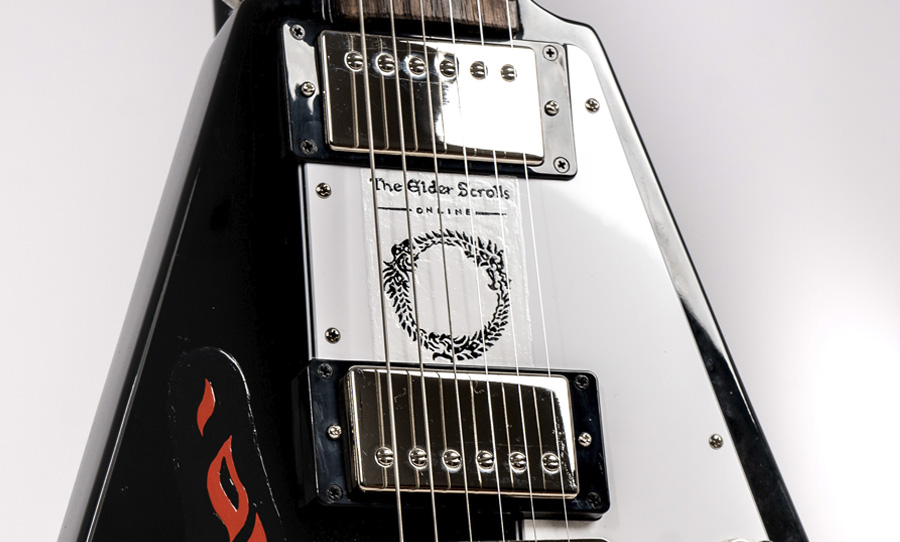 P is for perfection: the tale of the Fender Precision Bass