Outriders: how to find and beat the first boss, Gauss
Skip to content
[gtranslate]
TC So you’ve picked up Outriders and want to take it as far as possible. To do that you’ll need to find and defeat Gauss, a super-charged “electro freak” and the game’s first boss.

Outriders has been a rousing success for People Can Fly, with the number of concurrent players hitting over 110 000 just days after launching. If you’re playing through it as fast as possible there’s a good chance you’ve already run into the game’s first boss, Gauss.

If you haven’t though, or if you’re simply interested in checking out just what an Outriders boss fight looks like, here’s how to find and defeat this very sparky fella.

Gauss becomes available as part of a side quest after you’ve completed the Outriders prologue and unlocked the game’s first hub area. If you haven’t quite made it there, I’d recommend finishing that first, as you’ll run into some spoilers in a moment. It takes roughly 45 minutes of gameplay to get here, so you won’t be far off.

Shira Guttman, who you first meet in the game’s prologue as a wide-eyed scientist, returns after the time-leap as a grizzled war veteran. She’ll be dispensing the side quest you need to pick up to find Gauss, which is called Reunion. You’ll be tasked with cutting a path to the Solar Tower, where an insurgent Altered – a being who has been similarly affected by the Anomaly as yourself – has cut off one of Shira’s supply lines.

Pick up the quest and follow the marker to get out of the hub, and you’re well on your way. 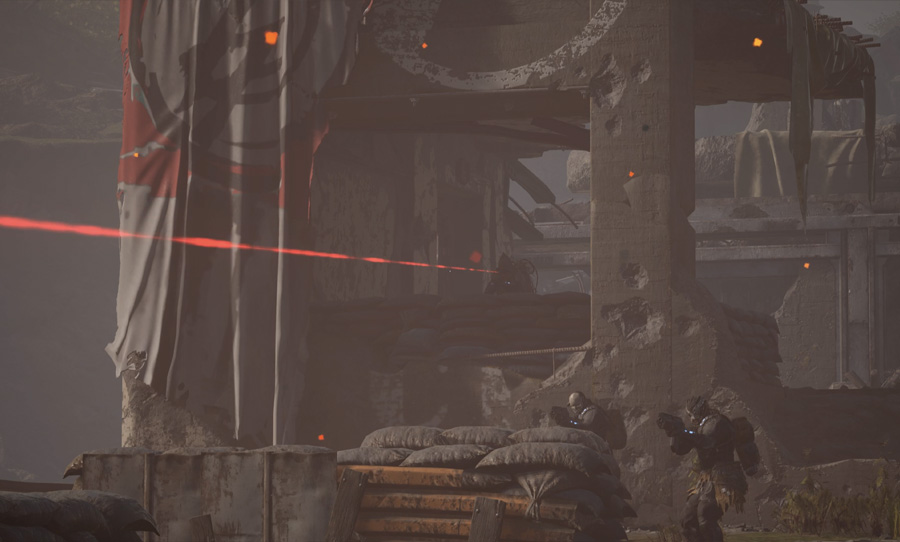 The Solar Tower is a pretty prominent landmark – you’ll be able to see it as soon as you arrive on the Frontlines. That’s where your boy Gauss is hiding, all high and mighty. To get to him, of course, you’re going to need to cut through some baddies.

Depending on your World Tier, this can be pretty challenging. The first battle takes place across a few quite open fields with plenty of snipers ready to slap some sense into you. I was playing as a Trickster, so I was able to close the distance with my Hunt The Prey ability, teleporting behind them for a quick kill. A head-on approach would also be possible, just remember to stay under cover when you can.

The following areas are a little tougher. Here you’ll be faced with a few mini-bosses called Vanguard Captains who have a few skills of their own you’ll have to contend with. Here’s what to look out for:

The Vanguard Captain is absolutely the deadliest enemy in the area, so try to dispatch him first if you can. If not, pick off the additional enemies to give yourself room for a one-on-one fight.

By this point, your chosen class should have at least one way to interrupt casts by enemies such as the Vanguard Captain, and soon, Gauss. If this is your first time running into enemies with skills such as these, you’ll be giving a handy guide to interrupting, as seen below. How to beat Gauss

Gauss himself is like a super-charged version of the Captains, but nothing far outside of the Outriders gameplay you may already have experienced.. He’s big, mean, and has a set of skills that will shut you down if you’re not careful. The most deadly of which is Lightning Storm, which will send two fast-moving lightning zones towards you. It’s very tough to avoid these, so Lightning Storm should be your priority skill to interrupt.

He will create several lightning traps around the arena, so be wary of these as you jet around avoiding fire from his main weapon – which can hurt if you take sustained shots. An attack called Discharge Mine is another one to avoid. Keep an eye on your surroundings and you’ll be a-ok.

An ability that poses less of a threat is Steel Wall, which sucks in a bunch of metal shrapnel to serve as a shield around Gauss. These can be shot off, so keep the pressure on with your weapon.

Take every chance you can get to shoot Gauss between these attacks, and you’ll get him down in no time. To see the fight in action, check out our video below.

If you have continued progressing in Outriders, or are just looking for more boss battles, be sure to check out our guide to the Molten Acari. 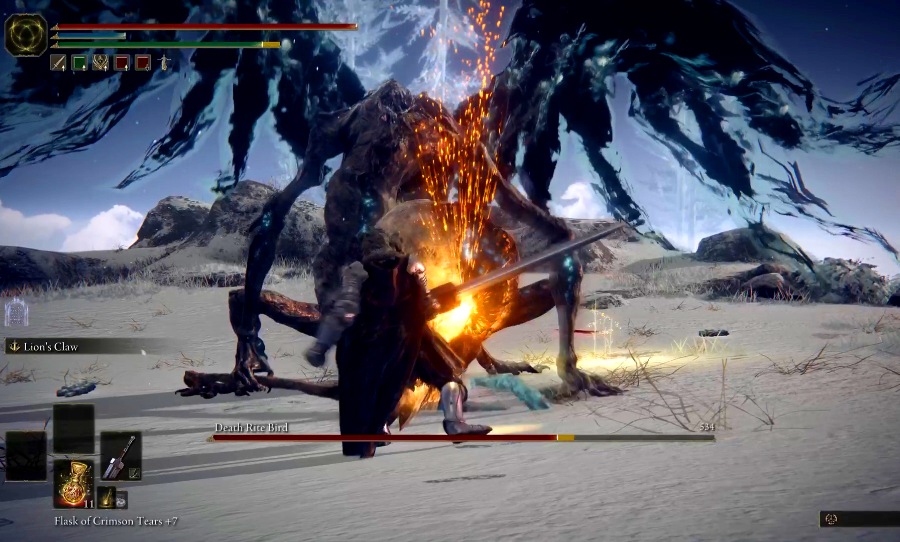