Outside In sound like a softer, gentler, Something For Kate. Weaving prog-rock melodies through a steady rhythmic thrum, the New Zealand four-piece create a comfortable, easy space for layered vocal harmonies to shine.

Their latest single Pass On The Flag is no exception. Drawing influence from bands such as Radiohead, Jeff Buckley, and Karnivool, it’s clear that Outside In have found their niche and hit their stride with a sound that’s decidedly their own.

Weaving together chunky riffs with a delicate and considered vocal performance, Outside In’s new track Pass On The Flag demands attention.

The vocal performance in Pass On The Flag is strong, and very pretty. In a strange way, it’s almost lulling, but gets picked up by the guitars through soaring choruses – not to mention the melodies are insanely catchy too.

Outside In pay homage the time the band’s members, Mikey Brown, Jonnie Barnard, Adam Tobeck and Elliot Il Seung, have spent in the Auckland music scene in outfits such as The Blackbird Ensemble, The Beths, Batucada Sound Machine, and Sal Valentine and the Babyshakes – those light, alternative rock elements shine through with ease.

Pass On The Flag is the first single from Outside In’s upcoming debut album Karmatrain, and comes with a picturesque video clip directed by Ashton Brown. Check out the clip and song for yourself above.

If easy listening, laid-back, ’90s-style rock music is what you’re after, then Outside In are absolutely your ticket.

Pass On The Flag is out now. PREMIERE: Outside In unveil their epic new single The Garden Of Light 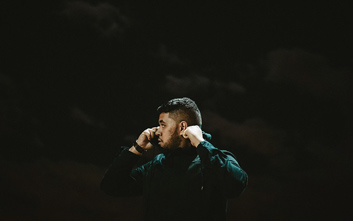