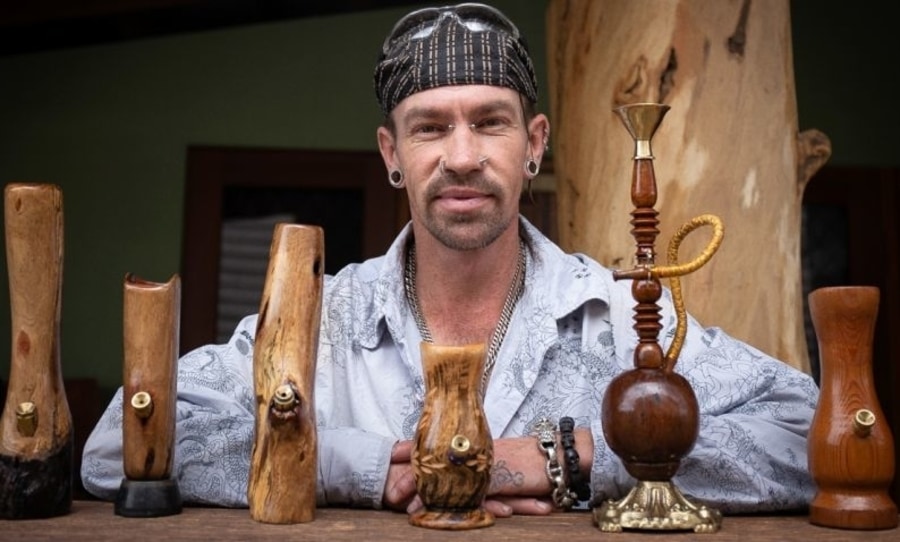 Australia is home to a lot of ‘big’ tourist attractions. We’ve got a big banana, a big prawn… how about a big wooden bong?

Ornamental bong maker Paul Pearson has been making the devices from wood since he moved to the town of Woodenbong in northern NSW. Building bongs from dolls, plastic lobsters, vases, and exhaust pipes in the past, Pearson said he hadn’t previously thought to make one out of wood due to water rot. “But as soon as I heard Woodenbong, I envisioned a wooden bong,” he told the ABC.

Ornamental bong maker Paul Pearson hopes that others will “share [his] dream” in building a wooden bong “taller than the big merino” for his hometown of Woodenbong.

The town’s name is is adapted from the local Indigenous word Ngandgung-bunj, Woodenbong local and Githabul elder Gloria Williams told the ABC. “The name Woodenbong has nothing to do with a bong,” she said. Ms Williams was told the name in fact means “place of the platypus”.

Pearson has started a petition to garner public support for his vision, which features a giant wooden bong atop a tourist information centre.

So far, it’s had mixed responses.

“It’s an innovative idea, but I think it’s totally inconsistent with the culture and values of the local community,” Woodenbong-based Kyogle Shire councillor Lindsay Passfield told the ABC.