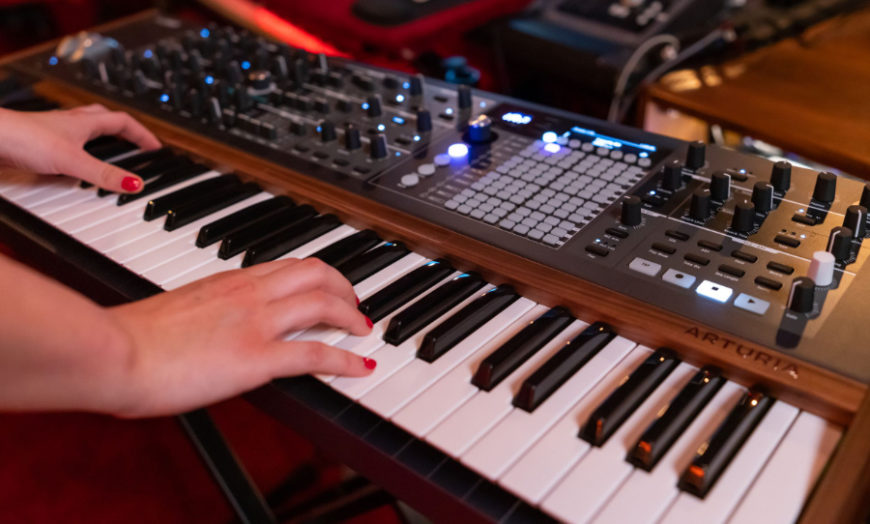 Arturia has announced their new flagship synth: the PolyBrute Matrix Synthesizer after a leaked image showed it first.

A leaked image showed us that a new synthesizer from Arturia might be on the way, and as it’s their 20th anniversary this year, a new flagship synth would seem fitting. Today they announced it, the PolyBrute Analog Matrix Synthesizer.

The analog synthesizer not only looks impressive but offers 6 voices, 2 oscillators, 3 LFOs, 3 envelope generators, and much more.

The PolyBrute isn’t just a polyphonic version of the MatrixBrute, it has a character of its own. The 61-note synthesizer provides 6 voices of analog polyphonic synthesis drawn from a pair of oscillators, while a pair of filters, 3 LFOs and 3 envelope generators give a lot of timbral flexibility. The oscillators are derived from those found on the MatrixBrute, and feature UltraSaw, Metalizer, triangle, saw, and pulse waveforms, while the filters have a new series/parallel blending knob.

The all-analog signal path feeds into a Steiner-Parker or ladder filter, which are selectable for each sound source. The 3 ADSR envelopes control different aspects of the PolyBrute, one acts on the oscillators, one acts on the filters, and the third can be routed wherever you want.

Velocity and ‘deluxe-action’ aftertouch are included on the keyboard, the added wooden ribbon controller and 3-dimensional Morpheé pad providing a lot of scope for expression. The Morpheé allows you to control any aspect of the PolyBrute across X, Y, and Z-axis looking quite similar to a Touché controller. The difference is the new Morph feature which can move every patch between two different states combining multiple parameters.

Some other features include the modulation matrix, a 64-step polyphonic sequencer and arpeggiator and lots of digital onboard effects. It also looks like you can use the optional wooden legs from the Keylab 88, if you happen to have those lying around.

Read more about the PolyBrute at the Arturia website.