Right about now there are at least 10 people I know who are plotting to escape the oncoming Australian Winter and revel in the warm sun and crystal blue waters of the Mediterranean. Can you blame them? Hundreds of years of world shaping culture to explore and warm seas to spend endless hours in. But if the crushing reality of being a poor 20-something is too much to handle, then at the very least you can make that journey courtesy of Aegean Sun’s Feel Real. Do you need to get away but don’t have the coin? Feel Real from Sydney duo Aegean Sun is the closest you’ll get to a Mediterranean paradise.

This isn’t just a play on the word Aegean, the band have a sunny quality that comes through in their pop songs. The Newtown based duo, Jack Pash and Tim Kesby, have been making music under the Aegean Sun moniker for about a year now and after releasing a couple of singles they are ready to unveil their debut EP very soon. Feel Real is the first taste of that EP, and if you’re a Sunbeam Sound Machine fan you’ll want to get in line for this release pronto.

Much like Sunbeam’s work, Feel Real exists in the realm of bright pop music but hides deeper issues under the sunny facade. The guitars are packed with plenty of energy while the whimsical synths send you straight to paradise. The hazy vocals fit that casual vibe to a tee while remaining quite introspective. Speaking about the single Pash says “Feel Real is inspired by introversion and self-awareness. I like the idea that an exuberant pop song can exist with pretty personal, introspective lyrics. We don’t feel pop songs have to be vacuous or vacant, which was the motivation behind making the track.”

The duo worked on the track in their home studio (in their basement actually), which according to Pash allows them to have complete autonomy over their recording. “The conception, writing, recording of all the tracks is done entirely by Tim and I” says Pash. “We work reciprocally and at least for now are satisfied with doing it ourselves. It becomes like a paternal thing, I feel pretty protective.”

“Most of the tracks have started as loops or fragments of ideas we’ve had at any given time. Feel Real came together incredibly quickly and never really existed in pieces. Once the guitar was recorded the other layers fell together almost simultaneously and it became probably the fastest song we’ve recorded. Aside from a few changes in vocals, the entire production was pretty brief.”

Keep your eyes peeled for Aegean Sun’s debut five-track dropping in the near future. 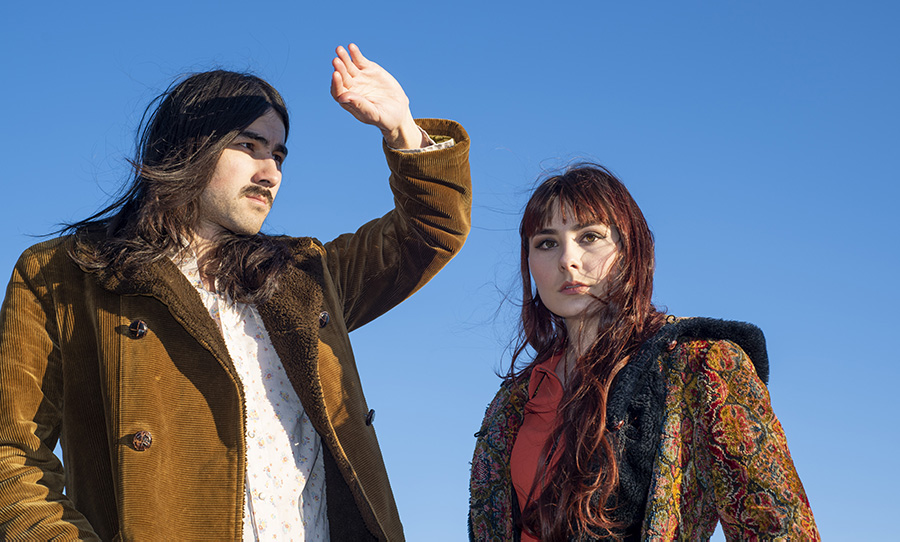