There’s not too much contemporary music that my mum enjoys. This isn’t an indictment on her; it’s a fact that a lot of today’s music contains sounds, instruments and vocals that a whole generation has probably never experienced before, and many of them would like to keep things that way. However, on my first listen to Richard in Your Mind’s latest effort, Ponderosa, I got the feeling that this is a record has inter-generational appeal and will be cherished across the ages. 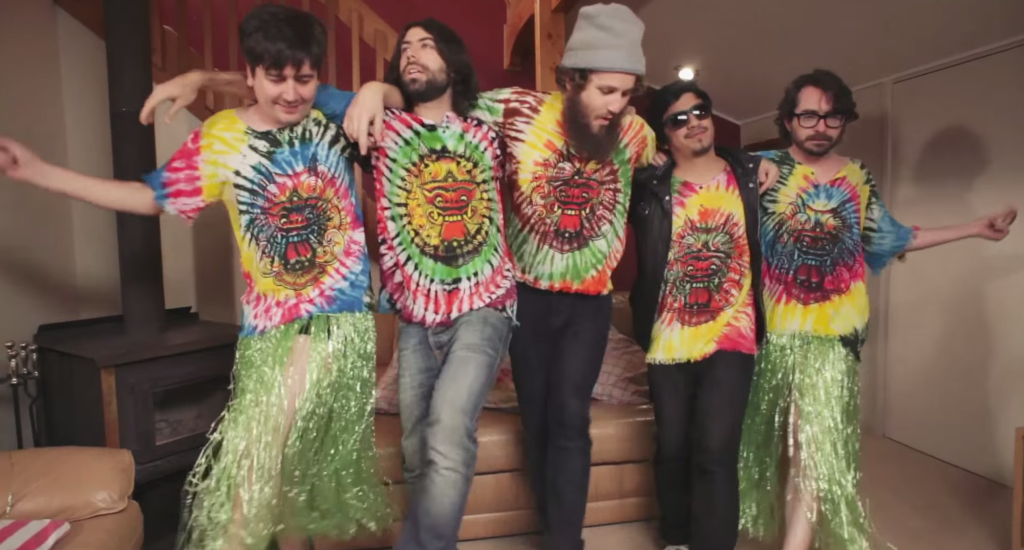 Richard In Your Mind’s LP Ponderosa is one that can be cherished for ages to come as a splendid marriage of straight pop and experimental music.

Richard in Your Mind is a band from Sydney comprised of five guys, one of them is named Richard and they make music that is as contemporary as it is nostalgic. The album draws strong influence from some of the best pop, psychedelic and rock music that your dad won’t stop banging on about, but somehow remains every bit as original and unique as any album released into the intoxicatingly vast music ether.

I don’t know whether it’s fair to say that this is RiYM’s White Album (and I’ll try and keep The Beatles comparisons to a minimum), but from the hazey, sitar-driven opener Love Grows to the humble acoustic closer Leaf, this album feels like one of the most cohesive and well-written albums you’ll come across this year.

If your first experience with Rich and the crew is the lead single Hammered, you’ll find yourself in good company among other straight-forward 60’s pop tracks on this LP, such as The Look You Gave or Crew of The Neptune. However, for every track on here that’s grounded in the roots of pop itself and its associate sensibilities, there’s a bizarre, deformed Frankenstein-like instrumental piece to complement it, and this is where Ponderosa stops becoming a nice idea and starts becoming a brilliant idea.

Compositional leviathans like Good Morning or My Volcano call to mind the music of Thomas Fec (Tobacco), in sharp contrast to the wonky Mac DeMarco-esque pop playthings that supplement these more experimental tracks.

Ponderosa is at its best when it’s defying your expectations and smacking you in the face with a wall of sound that makes you hear colours and smell sounds. The contrast between the straight pop and the experimental makes for a roller coaster of a listening experience – the kind of coaster you’ll ride three more times before blowing chunks.

Looking past the Jekyll & Hyde, the band showcase wide-ranging songwriting abilities in the pop-oriented tracks on this record; with as much musical dexterity and comfort displayed in a tight 60s pop hit as there is in a more morose, down-tempo arrangement.

On Ponderosa, Richard in Your Mind’s display considerable artistry in their songwriting, which results in nearly every song on this album having something uniquely different to offer, and something wholly new to appreciate.