Known as the Scottish cousin of Count Dracula (totally going to own that), ScotDrakula, used to like wearing creepy masks, blood, film noir settings, axes and the colour red- pretty much anything that you’d find quite unsettling if these were the only words used to describe a band. But wait! No one should miss out on something this good  just because of a little misunderstanding in symbolic appreciation -masks ( mysterious and intriguing), blood (lively and full of energy), film noir ( poetic and sophisticated) and axes ( for destroying their competition, wait that wasn’t anymore reassuring…how about killing it with their musicality! ).

From their sound first touching into the pristine blue waters, with early hits like Kick out the AmberLamps, ScotDrakula have taken a deep dive in their musical experimentation- Break Me Up takes you down in the depths where they’ve encountered much treasure along their dark and ominous journey. Their latest single O’Clock, sees them resurface and launch beyond the water’s edge in a positively feel good jam- hands will be clapping, hips will be twisting, you will be cheering. The garage pop/punk band from Melbourne, ScotDrakula (Matt Neumann on vocals and guitar, Dove Bailey on bass, and Evianne Camille on drums) and their latest single O’Clock, is another example of the band’s ability to demonstrate split personality, as they balance carefree vibes with many of the elements that usually give them their threatening facade-this track lights up with raw emotion and charisma.

In O’Clock, lead singer Matt Neumann and his brilliantly exemplary raspy and bluesy voice ( reminds me of James Brown) exudes this gut-wrenching unleashing of emotion and playful spitefulness. This song is everything rock n roll is and more, due to the band’s youthful spin- good vibes, a rebellious and  powerful push which drives their songs along, danceability, simple guitar-bass-drum instrumentation and a good old organ for good measure.

From their debut EP Crackstrength (2011) to Burner (2012) to Break Me Up (2013) you will witness the increasingly dramatic and devilish sound as it takes over- and now it seems that the coast it clear and a new start can take place with this new refreshing single. ScotDrakula must have a thing for November with each of their EPs ( with the exception of their first EP) released in that month. It must be the time of the year when the vampire must leave the confined and darkened spaces of a recording studio to feast and nourish itself  in the outside world with some fresh tunes.

So I guess I am pretty damn excited that November is approaching fast, but also a little scared…please don’t hurt Happy, we mean no harm…but we will offer you sacrifices instead! 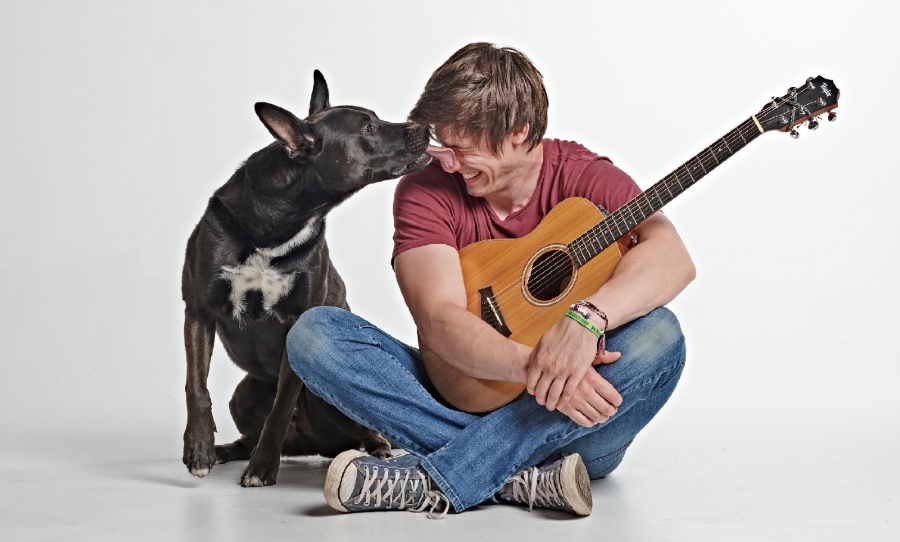 PREMIERE: Josh Kroehn bares all on his debut album 'State of Devotion'