Violent Soho and The Bennies, Australia’s top two punk bands by popular vote. Both managed to smash 2015 out of the park, reminding the listeners of triple J that punk is still very much alive and well. Add to that the successes of Clowns, High Tension, Luca Brasi and The Smith Street Band and you know the Australian scene isn’t just alive; it’s bursting at the seems, ready to jump down from the stage and kick Turnbull’s teeth in.

2016 looks to be another cracker for Austrian fans of the irreverent and unapologetic, but don’t just take my word for it! Cop a listen to six bands that will definitely have you keen to stage dive head first into an unsuspecting liberal homophobe drinking a light beer shandy. Ready your circle pits and start practicing your stage dive, Aussie punk is alive and well, and these are the 6 acts you need to watch in 2016.

These guys are the new kids on the block. Busting down the door with their unique brand of furious, neck-breaking garage punk last August in Geelong this fresh addition to the Anti-Fade Records crew is sure to have you hungry for more. Check out their debut single No Life Til Cereal off their upcoming 7”, it will literally only take a minute…

I encourage everyone who has never heard Wet Lips to do themselves a favour, get onto the PBS website and smash out their set from PBS Drive Live last Thursday.

This trio of total bad-asses could count a single fuck between them, proving once and for all that knowing how to play your instruments ‘properly’ is for shit-heads and being able to play all of your songs without stopping is for boring assholes. You can get amongst some Wet Lips and Cereal Killers feat. a whole bunch of other rad punks at Jerk Fest on Feb 20th.

Okay so Deep Heat have been around for a while but 2016 is definitely going to be a big year for this Melbourne four-piece. Quid, Gus, Katie and Alicia have been rad-ing it up all over Australia since their 2011 EP Low Lights, but 2016 marks the release of Still Life, the band’s first LP (out through Poison City).

Lead single Sleep is guaranteed to put your stubbies where your mouth is, siting somewhere between early hardcore and today’s bassy post-punk. Scope the release of Still Life during the band’s east-coast run quickly this April, as Deep Heat drag a few our sexiest local supports along for the ride.

I once said that WAAX’s frontwoman Marie shreds vocals “like a female Jack White who smokes a pack a day” and god dam I stand by it! Her quivering screeches have only gotten stronger since the band’s miraculous apparition last year.

The bass is juicier, their rhythms hit harder and after pressing stellar four track Holy Sick last December WAAX are going to find it hard not to go from strength to strength in 2016.

What started as a side project for Ben Stewart (Sinking Teeth) and mate Alex Quayle has levelled up to a full-blown pop-punk monstrosity. About this time last year the pair flirted with the local punk nerds, dropping Go Easy. Now with a Summer tour well and truly underway, debut album close to completion and the soul bearing New York, Paris out on Unearthed it’s clearly going to be a massive year for Slowly Slowly.

This is the big one! If she isn’t on your radar already she damn well should be. In the little more than a year since her first gig Ecca Vandal’s notoriety has sky rocketed. Riding the wave of her debut single White Flag she played with Gang of Youths and all time greats The Prodigy before dropping a blistering hot surprise EP last week.

Not strictly punk, she plays with hip-hop, electronica and everything in between. Vandal is floating in the no (wo)man’s land of raw creativity, fuelled by a passion for her heritage and the sum of her of eclectic influences…it’s bat country out there and she ‘aint gunna slow down any time soon. 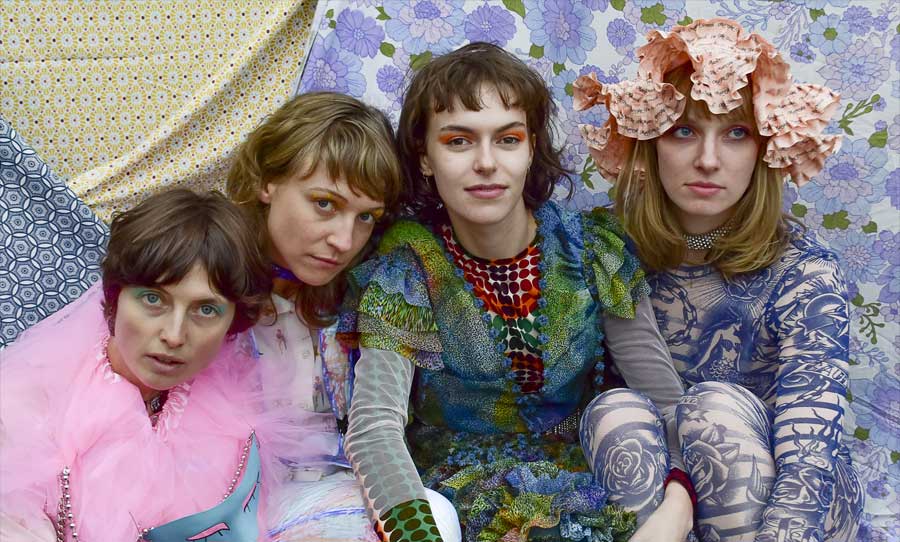