The Matrix is one of the most influential films in modern cinema. The science-fiction cult classic is celebrated for its cutting-edge thematic quips, written and directed by the Wachowski sisters way back in 1999.

Today, the film still continues to make new ground, as Lilly Wachowski verifies the long-held theory that the film trilogy is an allegory for the trans experience on Netflix’s Film Club. Lilly Wachowski has confirmed that science fiction cult classic The Matrix was a trans allegory for her and her sister’s dysmorphia and their desire to break free from the gender binary.

21-years since its initial release, The Matrix is one of the most radical films in modern cinema. With a fourth instalment set for release in 2022, writer and director Lilly Wachowski has teamed up with Netflix to confirm the long-held critic and fan theory that the Matrix is, in fact, an allegory for the transgender experience.

Credited on the film as the Wachowski brothers, Lana and Lilly Wachowski both came out as transgender in 2010 and 2016 respectively.

“The Matrix was all about the desire for transformation, but it was all coming from a closeted point of view,” Lilly told Netflix in an interview for its Film Club YouTube series.

“I don’t know how present my transness was in the background of my brain as we were writing it,” Lilly said. “We were always living in a world of imagination. That’s why I gravitated toward sci-fi and fantasy.”

Queer critics have long speculated that The Matrix was meant to be viewed through a trans lens prior to Lilly’s confirmation. To help fans unpack the tightly wound analogy of the trans experience, the official Netflix Film Twitter account has made a thread of the most obvious examples in the film. After delving through this thread, our biggest question is how have we missed it for 21 years?

First of all the whole dysmorphia, double-life thing should be been a signal from the get-go.

So how is THE MATRIX super trans? Writer @andrealongchu sums it up in an excerpt from her book “Females,” for Vulture: “Neo has dysphoria. The Matrix is the gender binary. The agents are transphobia.” https://t.co/uzyxpyfR2I pic.twitter.com/QLhFDZw1z6

The idea of the “splinter” represents the trans experience of living in a body which doesn’t align with one’s gender identity.

The “splinter” in Neo’s mind? That, for many trans folks, is a lot like the experience of being socialized as a gender that doesn’t align with their true gender identity.

The colour of the red pill and the binary of the blue is said to represent male and female gender norms. As well as this, Chu writes that the estrogen pill which aids in the process of male to female transition was almost originally red in the ’90s.

And then there’s the whole red pill, blue pill connection.

Not only is the pill literally Neo’s gateway to seeing the world as it is and the systems built to define and control his identity, but it’s also an apt metaphor for hormone therapy. pic.twitter.com/Bipr8p9gcr

The character of ‘Switch’ was written as a trans masculine character, meant to present as female within The Matrix, but male in the real world.

There’s also the character Switch (Belinda McClory), who was originally written as a trans masculine person. As Lilly Wachowski says, her and Lana’s initial plan was for Switch to present as a man in the real world and a woman in The Matrix. pic.twitter.com/EBkJnN815N

This one was a bit of a mic drop moment. Basically, in the final scene, the camera delves into a space between “M” and “F,” ultimately ending the film in a space in-between the gender binary. Woahhhhhh.

In the final scene of THE MATRIX the camera zooms towards the words “System Failure” in code. Neo says, “You’re afraid of us. You’re afraid of change” as the camera pushes through the letters “M” and “F,” quite literally creating a space in between, and beyond, the gender binary. pic.twitter.com/djH5uJUw2T

The upcoming instalment, Matrix 4 will see the return of Keanu Reeves and Carrie-Anne Moss, as well as new faces including Neil Patrick Harris and Jada Pickett-Smith. For now, it’s set to be directed by Lana Wachowski, with her sister Lilly absent from the project. 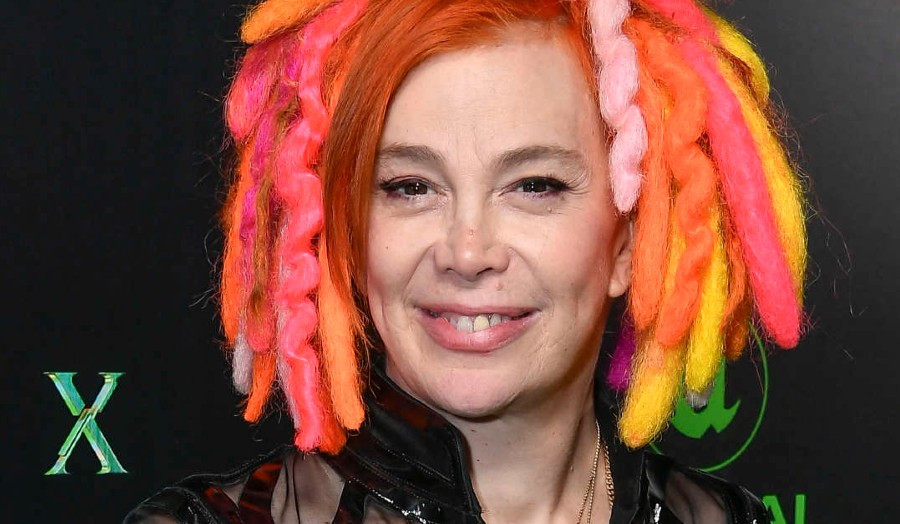