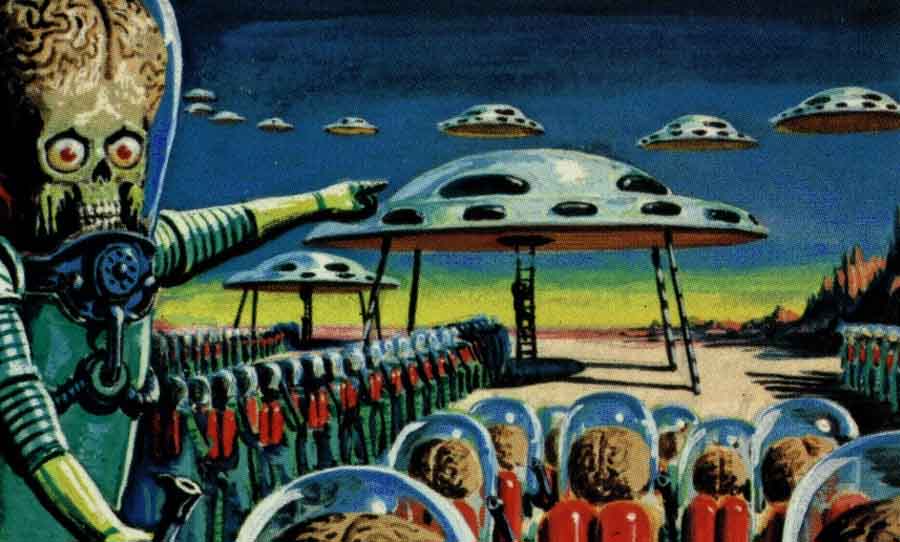 Four years of ex-Blink 182 member Tom DeLonge’s life have been dedicated to the study of UFOs, and he’s finally getting some recognition. On Monday, the US government published footage of DeLonge’s UFO sightings from 2004-2015.

The three videos feature an oddly shaped object spinning over water and US Navy pilots finding an unknown aircraft.

The Pentagon has officially released footage of Tom Delonge’s UFO sightings, leading to speculation that the US government believes aliens might exist.

The Pentagon’s release of the footage gravitates the sightings even further towards scientific credibility. This is a huge step for DeLonge who has been heavily involved in UFO research since he left Blink-182.

The videos have been viewed by millions. Fascinated by the hype, the US Navy undertook an investigation and labelled the footage evidence of “Unidentified Aerial Phenomena.” Previously, objects like these had simply been classed as escaped weather balloons or rogue drones.

With today’s events and articles on my and @TTSAcademy’s efforts to get the US Gov to start the grand conversation, I want to thank every share holder at To The Stars for believing in us. Next, we plan on pursuing the technology, finding more answers and telling the stories.

As well as fronting the arts and science academy To the Stars, the former musician is currently working on a sci-fi book series. The second instalment, Sekret Machines: Book 2: A Fire Within, is on the way. Co-written with professor A.J. Hartley, the series is fictional but comprised of “facts and actual events gleaned from the authors’ sources within the scientific, military and intelligence communities surrounding unidentified aerial phenomena.”

UFO sightings are on the rise, with the US National UFO Reporting Centre recording 5,971 sightings in 2019 – a jump from 3,395 in 2018. The Washington-based organisation can’t explain the spike in reports of flashing lights, fireballs or other oddities.