The finale for season two of Mike White’s acclaimed HBO satire The White Lotus aired overnight, promptly sending the internet alight as the promise of rich white people dying was fulfilled (and then some).

The second instalment of the anthology series premiered on October 30, and chronicled the sometimes hilarious, oftentimes problematic exploits of various guests at The White Lotus hotel in Sicily. The sophomore season has enjoyed early praise from critics and fans alike, somehow usurping its predecessor and earning four nods for next year’s Golden Globe Awards.

While much time has been devoted to dissecting fan theories around exactly which horrible white person might meet their untimely-yet-deserved demise, an equal level of fanfare has been dedicated to the show’s now-iconic theme song. So intoxicating is the 90-second track — which was slightly altered between The White Lotus’ first and second seasons — that it has managed to birth an entire category on TikTok, amassing tens of millions of views in the weeks since it first blessed our ears in the opening moments of episode one.

The intro track for the first instalment, titled Aloha!, is a certified banger, perfectly encapsulating the carnal chaos that plagued that season’s Hawaii-bound vacationers. While the song, created by composer Cristobal Tapia de Veer, was deservedly described as “Hawaiian Hitchcock” and would go on to win the Emmy Award for Outstanding Original Main Title Theme, it didn’t garner the same level of virality currently enjoyed by season two’s intro track, which has since transcended the internet to form the playlists of club nights and concerts the world over.

Complimenting the tribal sonics with the operatic sounds true to the new season’s Italian setting, The White Lotus’ updated title theme is just as good as the show itself. Titled Renaissance (not to be confused with the Beyonce album of the same name), the season two theme song again enlists Veer, who somehow incorporates vocal yodels, EDM drops, placid piano keys and human screeches for a euphoric assault on the eardrums. Evidently aware of his rare ability to forbid audiences from the ‘skip intro’ button, Veer elaborated on his mastery in a recent interview with Buzzfeed.

Me ignoring the “skip intro” button at the beginning of every White Lotus episode pic.twitter.com/GH9Yt3jtns

“It’s really unexpected,” Veer said of Renaissance’s viral success. “It’s just funny because I’m not really aware of that stuff. [That] is never the intent for a show. It’s always about serving the show and not thinking really about a stand-alone hit or single or anything like that. So it’s kind of the cherry on top.”

me ignoring the skip intro button when the white lotus theme comes on pic.twitter.com/ktyIu1Dxw7

Elaborating on the title theme’s dance-ready sound, Veer said: “It feels like it’s club-friendly already. It feels like a party and just an all-out celebration. When the beat drops, we’re going through those chords. It feels big to me. It feels very emotional and like we’re getting into a journey.” Meanwhile, fellow music producer Guy Fenech praised Renaissance in an interview with Australian Financial Review earlier this month, saying the theme song has “got that completely distinct and unique element that’s there, so it’s immediately nostalgic.”

Is anyone else unable to concentrate at work because the White Lotus theme song is playing too loudly in their head?

Fenech continued: “general listeners seem to be captivated by it – it’s as if there’s some kind of magic going on, or they’re playing some kind of secret note or series of notes that resonates with people.” So there you have it, Veer has provided a little insight into just how The White Lotus theme song was able to overtake our social media channels, playlists, and general internal monologues for months on end. Scroll down for more internet reactions to Renaissance.

Every year one turkey is pardoned to record the White Lotus theme song pic.twitter.com/VFpjCT8HZZ

Composer of the “White Lotus” season 2 theme song: “I had no idea people would want to dance to it.”

If I ever get married, The White Lotus theme song will be the first dance.

Dominic Fike played the White Lotus theme at the end of his show… what does this mean pic.twitter.com/3hYx0zZATx 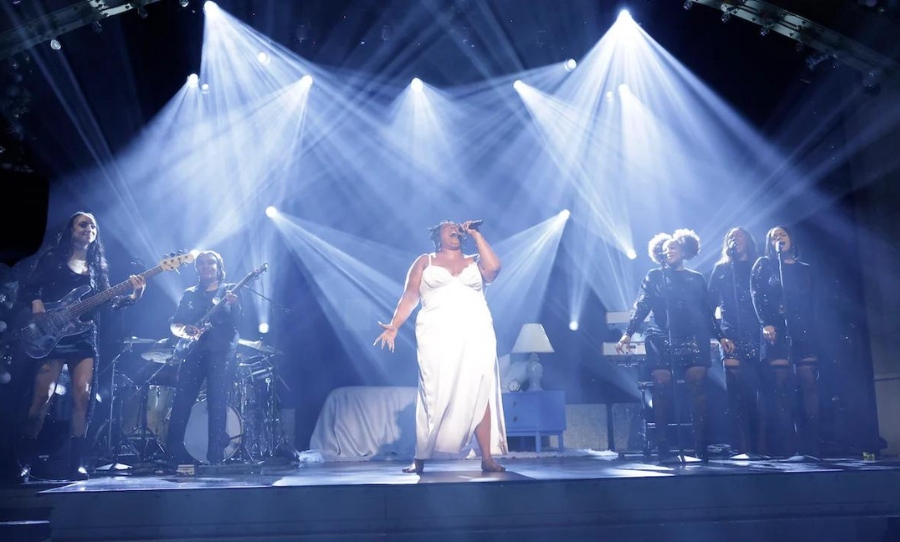