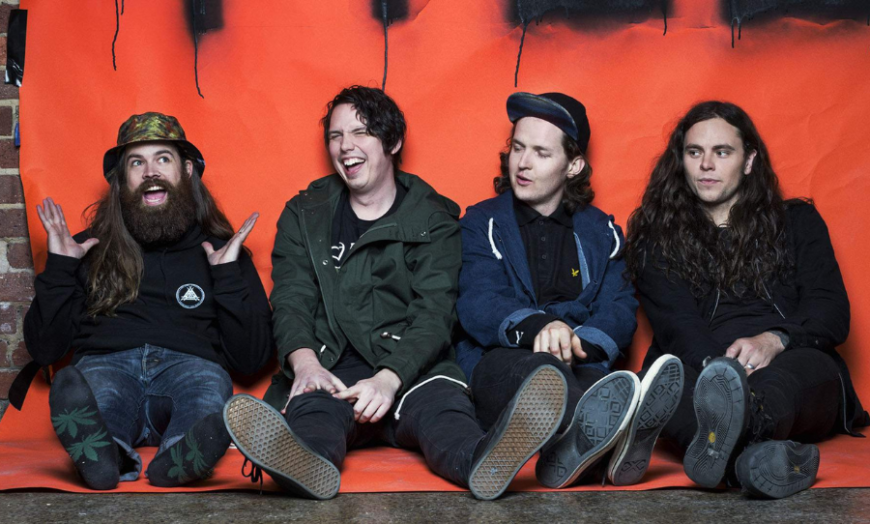 The members of Violent Soho have come to a decision to go on hiatus, as they all are at different stages in their lives.

Violent Soho has given us almost 16 years of alternative garage rock. After playing as a band for almost 20 years, they’ve decided that now is the right time for them to pack it in: “It’s time to take a break and lay low for a bit.”

The Brisbane musicians have been an integral part of the Aussie music scene over the last 16 years, selling out headline shows left right and centre. They’ve created a subculture of music-hungry moshers that have gathered together to chant ‘Hell fuck yeahs’ and the poetic tongue-in-cheek lyrics that Luke Boerdam sings.

Alongside their five studio albums and 25 singles, they’ve gained ARIA #1 accreditations and awards. As well as playing in their own land, Violent Soho have experienced touring America with other amazing artists like Dinosaur Jr and Alice In Chains. Their ARIA Gold-accredited album Hungry Ghost in 2013 was an iconic hit cult classic, with amazing tracks like Saramona Said, Fur Eyes and Dope Calypso.

The band’s most iconic track from the album, Covered In Chrome became an anthem for fans, being blasted at parties and soundtracking skate videos. It was this album that led to their first mainstage performance at Splendour In The Grass in 2014, which they will be back for next week, to perform one of their last shows.

They sky-rocketed from Splendour to huge sold-out shows in Brisbane’s Riverstage once they released their album, WACO in 2013. This led to them winning two ARIA awards for Best Rock Album and Best Group. They also acheived the AIR award for Best Hard Rock/Metal/Punk Album.

Their Double Aria Platinum single, Covered In Chrome scored the #14 spot on Triple J’s Hottest 100 in 2013. They gained colossal success from their 2020 album release, Everything Is A-OK, with three ARIA nominations for Best Rock Album, Engineer of the Year (for Greg Wales), and Best Cover Art (for Luke Henery).

They have achieved momentous things as a band, stating their gratitude for their time as Violent Soho on social media: “We feel so grateful to have experienced the journey and to all the people that believed in our music and showed us so much support.”

It is their rowdy fans that have given them this sense of overwhelming gratefulness and community that has encouraged their careers and passion for music over the years. They’ve all got new commitments, families, and other aspirations to focus on now: “This isn’t the end of the band, but we are looking forward to giving ourselves some space, focusing on our families, and giving back to the community which fostered and carried us,” from Mansfield with love, Violent Soho.

If you’re at Splendour next week, be sure to see them on Saturday (July 23) at 6pm in the Amphitheatre. Brisbane fans will be lucky to be a part of their goodbye gig in September, as they’ll be playing alongside DZ Deathrays.

Their departure is disappointing, but they’ve given the garage rock community so much. They’ve even released a new song, Kamikaze to ease the pain of their news. It’s everything Violent Soho is, was and always will be; an angsty, heavy, chaotic three minutes.