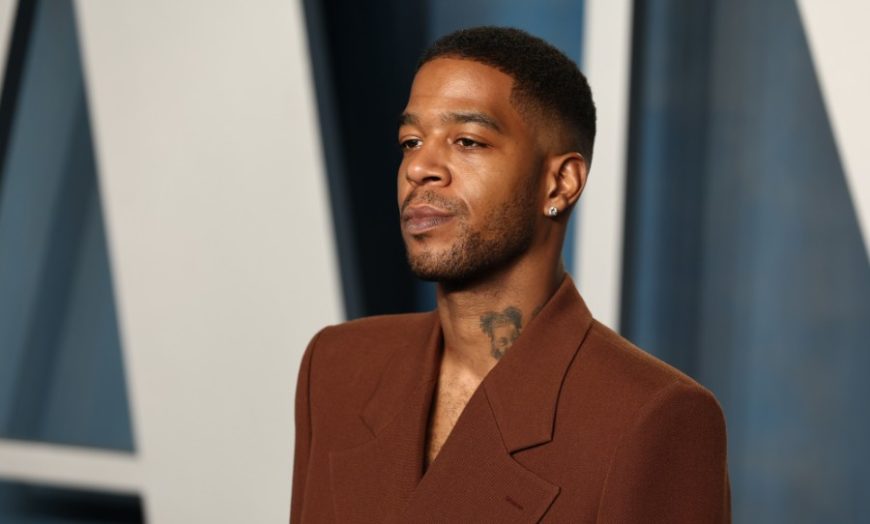 The show was conceived in collaboration with Black-ish creator Kenya Barris, and will follow two young musicians as they balance love and success in New York City. Alongside Kid Cudi — who’ll voice the lead role of Jabari — Entergalactic boasts a starry cast of actors including Timothée Chalamet, Vanessa Hudgens and Macaulay Culkin. Meanwhile, fellow musicians Jaden Smith and Ty Dolla $ign will likewise lend their voices to the adult animation.

Sharing the trailer via his Twitter today, Cudi wrote that he is “so excited for [audiences] to experience it,” before informing them that they “have NO idea what [they’re] in for.” The rapper, who also wrote and produced Entergalactic, will accompany the series with a brand new album of the same name, set for release alongside the show’s premiere on September 30.

Speaking of the accompanying LP — which will follow 2020’s Man on the Moon III: The Chosen — Cudi said he’s long wanted to “create a long-form visual companion to an album,” and deemed the dual projects his “most ambitious to date.” Entergalactic adds to a slew of the rapper’s previous film and television ventures, having featured alongside Ariana Grande in the Oscar-nominated Netflix movie, Don’t Look Up.

On top of his performance in A24’s horror film X earlier this year, Cudi elsewhere announced in March that he’d signed on to direct and star in an additional Netflix title, Teddy. The semi-autobiographical film will mark his directorial debut, and has enlisted Jay-Z in a co-producer role.

ENTERGALACTIC TRAILER‼️ 1ST SEASON & ALBUM DROPS SEPT 30 ONLY ON NETFLIX‼️ I am so excited for u all to experience it. You have NO idea what ur in for. GET FUCKIN READY BABY 🚀🛰👩🏾‍🚀🪐 @netflix pic.twitter.com/3nn56iNYwV

The trailer comes amid a flurry of hip hop artists likewise setting their sights on Hollywood. Snoop Dogg recently announced that he’ll produce and star in the upcoming comedy film, The Underdoggs, adding to an additional appearance in this year’s Night Shift. Meanwhile, The Weeknd is gearing up for the premiere of The Idol, a HBO drama created by the musician starring Lily Rose and Troye Sivan, among others.

Entergalactic will hit Netflix on September 30. Check out the full trailer above.