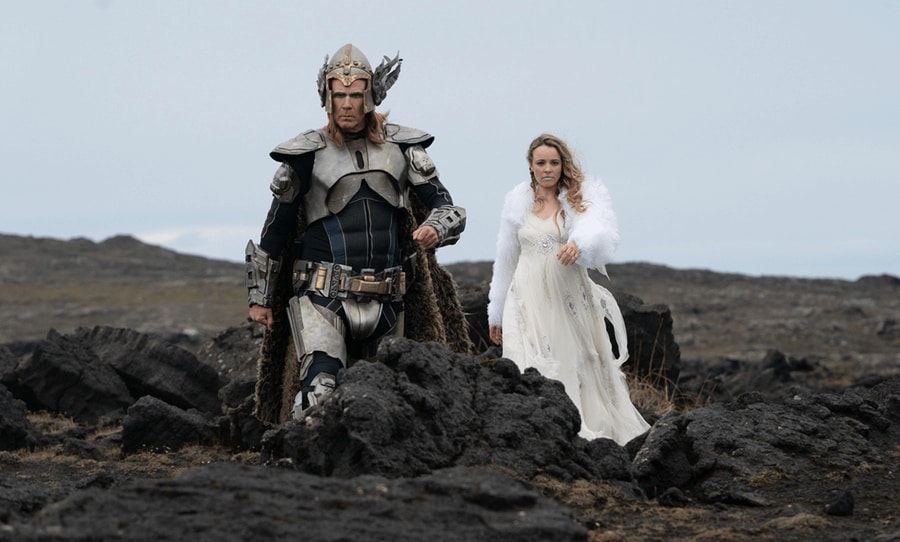 Netflix has shared the first trailer for its upcoming comedy, Eurovision Song Contest: The Story of Fire Saga, featuring Will Ferrel and Rachel McAdams, and it’s nothing short of – well, just watch it.

The pair star as two musicians, Lars and Sigrit, whose dream it is to perform at Eurovision with their duo, Fire Saga. Watch the trailer for Eurovision Song Contest: The Story of Fire Saga in all its unparalleled glory, starring Will Ferrel and Rachel McAdams.

Directed by the Wedding Crashers‘ David Dobkin, the film also stars Dan Stevens, Demi Lovato, and Pierce Brosnan, amongst others. The soundtrack also features Will Ferrell and other cast members singing original songs.

Along with the trailer, Netflix has also shared a music video for one of the film’s songs, Volcano Man.

“When aspiring musicians Lars and Sigrit are given the opportunity to represent their country at the world’s biggest song competition, they finally have a chance to prove that any dream worth having is a dream worth fighting for,” describes the IMDB page.

Eurovision Song Contest: The Story of Fire Saga will be available on Netflix from June 26, and the full soundtrack will arrive the same day via Arista. Check out the trailer and the video for Volcano Man below.

Next Up: Judd Apatow hints he has an “amazing” idea for a ‘Pineapple Express’ sequel