It’s needless to say anticipation for summer is growing, and Museum of Contemporary Art Australia is going to make this year a banger with a Sounds on the Terrace series curated by Young Henrys.

If there was a soundtrack for every season, then we’re pretty sure the MCA have nailed one for summer and it comes in the form of a live, outdoor terrace setting accompanied by mouth-watering craft beer.

Teaming up with Newtown-based brewers, Young Henrys, MCA is welcoming the warmer season onto their sculpture terrace with with free live music and decadent craft beers for all. 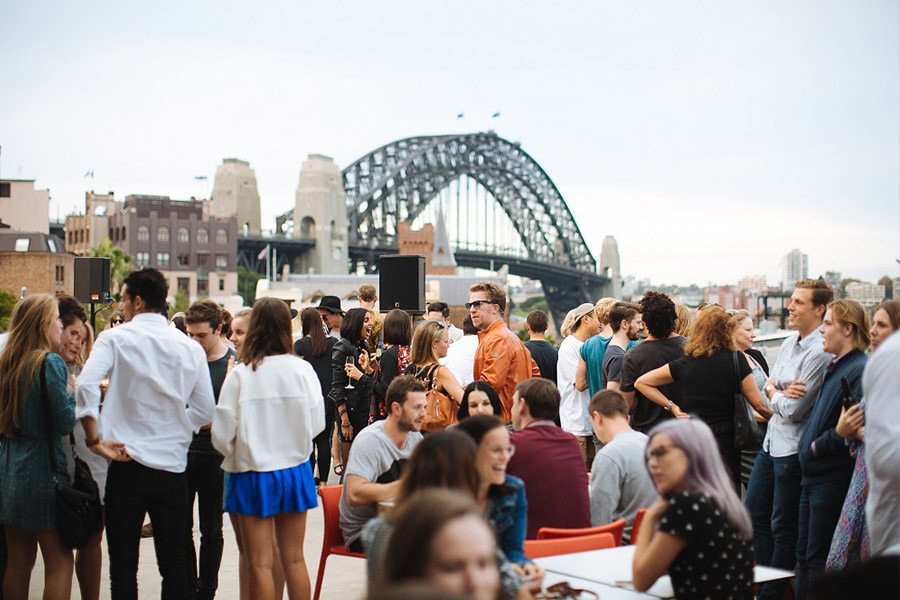 Featuring acts such as electronic artists Matilda Abraham and soothing sonics from the likes of E for Echo, Wednesday 1st November marks the making of warm, unforgettable, fun-filled memories. With evenings stretching over December 6th, January 10th and February 7th, Sounds on the Terrace has become a popular destination for after-work drinks with five years to show for it.

The live sessions will coincide with Wednesday’s late night program, Lights on Later, where the gallery remains open until 9pm. With terrace views of Sydney Harbour and a fresh AF menu from The MCA Cafe (run by Fresh Catering), sitting this one out can only result in serious FOMO.

Playing host to a vast array of emerging live acts since 2012 stretching anywhere from musicians to DJs, the MCA has seen performances from the likes of Ross Henry, Le Pie, Marcus Corowa, Danielle Deckard, Alex Gibson, Anatole and Grace Cooke.

This time ’round, Young Henrys will be fully responsible for sound curation, resonating with their delicious range of beers. Supporting Aussie music and touring artists on a regular basis such as You Am I, DZ Deathrays, Josh Pyke and Sydney Symphony to supporting events and institutions like the Art Gallery of NSW and Oz Comic-Con,  it’s needless to say they pretty much wrote the book on live music and beer collabs.

The legends at Young Henrys take both beer and music very seriously, drinking up anything from rock’n’ roll to ambivalent electronica, indie and alternate rock, dance and punk to keep the brewing process running smoothly. You can pick up one of their crafty creations for yourself at the MCA.

The first event is live on Facebook now, be sure to suss it out to stay updated.