Amy Winehouse would have turned 39 today. To celebrate we look back on her playing one of her favourite guitars, the Fender Stratocaster.

The British singer-songwriter skyrocketed to fame when her ‘Back to Black’ (2006) album won multiple Grammy Awards, winning the hearts and minds of fans the world over.

Although the world focused a lot of the time on her turbulent love life, somewhat erratic behaviour, and substance-abuse problems, Winehouse’s raw talent always managed to shine through.

In a recorded interview for Strat pack, Winehouse spoke candidly about her love for the guitar, and how she would have to sneak into her brother’s room to play his guitar, before buying her first guitar with some money she had earned acting.

“I must have been about 13 or 14. I went to Bond Street, to Chappell on Bond Street [now Yamaha Music London], and it was a Fender, an acoustic Fender. It wasn’t an amazing guitar; it was a good starting point guitar. And I just played every day.“

In the interview, she discusses the benefits of playing every day, and how being self-taught can be an advantage when developing your own distinct style.

“There are things people can show you but the truth is, if you learn how to play guitar off someone, you just kind of learn to play it like them. That’s why I can say that, while I am not even a probably adequate guitarist, I am still a distinctive guitarist. I sound different.”

Winehouse did have some serious chops on the electric guitar, as seen here in the 2004 Fender Stratocaster promo. Discussing her passion for the Strat and the guitar as a whole, she shows the World that she had some very serious electric guitar chops, by delivering a short unaccompanied (but for her Strat) performance of I Heard Love Is Blind, a track from her 2003 debut album, Frank. 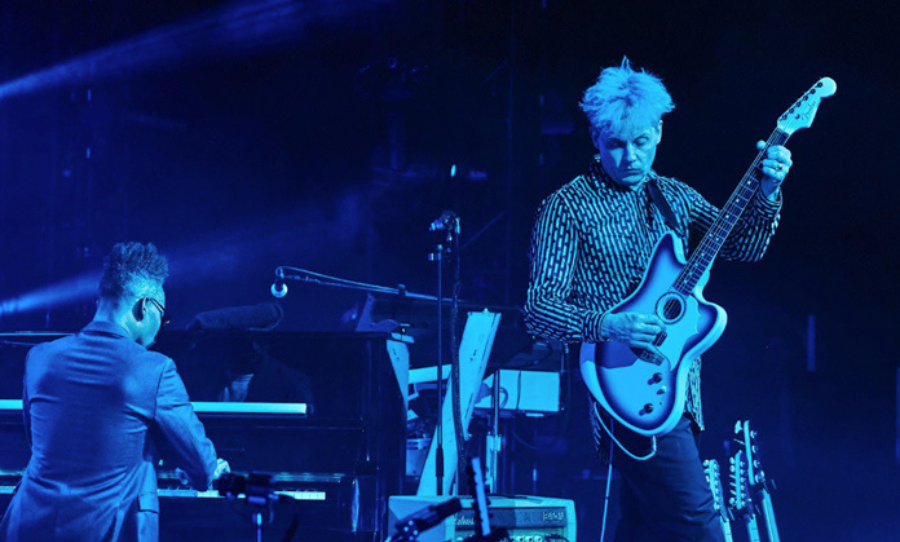