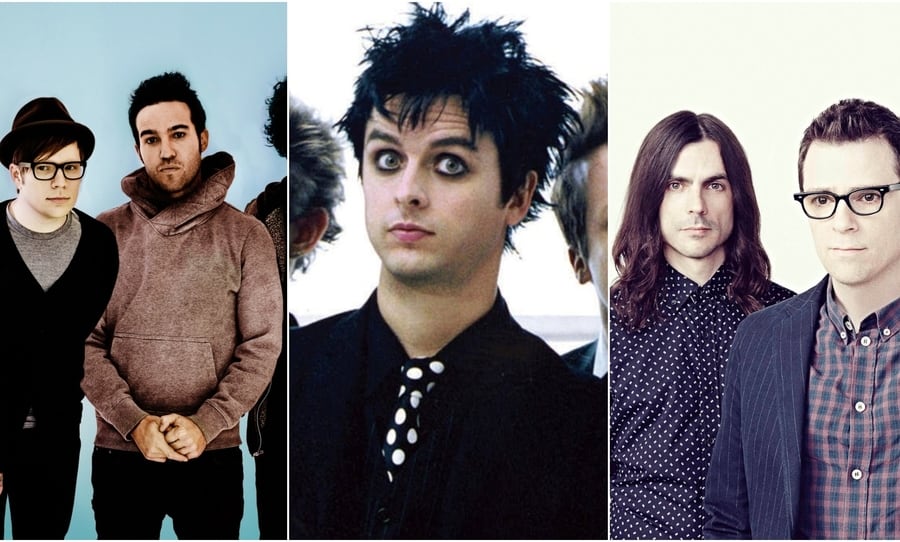 UPDATE: The rumours are true, and a Green Day tour has been announced. Check out the full list of tour dates below.

In September last year, Green Day, Weezer, and Fall Out Boy made the mind-boggling announcement that they were teaming up to do a run of shows, aptly titled the Hella Mega Tour.

The tour is set to start in March and visit multiple countries across the world before ending in August. Yet sadly, there was no mention of Australia. Are Green Day, Weezer, and Fall Out Boy planning on paying us a visit? A series of cryptic Twitter posts indicate the three bands are cooking up something special.

But just when we had all but written off the chance to see these three icons together, it seems all hope might not yet be lost.

Yesterday, the three punk/rock/emo giants all took to Twitter to share a cryptic but very leading post, at exactly the same time. The identical posts consisted of three emojis: the Australian flag, the New Zealand flag, and the face with hand over mouth emjoi – used generally to denote something super cheeky.

What could it mean?! Well surely, there is only one answer. The trifecta will at some point be heading our way.

This was seemingly confirmed when the Hella Mega Tour Twitter shared a screengrab of the three posts.

The tour is currently booked to cover Asia until the end of March, which is followed by a suspicious gap – so perhaps that’s when they’re planning on paying us a visit.

Both Green Day and Weezer are set to release new albums this year. With Greenday’s The Father of All Motherfuckers coming out this week, and Weezer’s release coming out in May. Fall Out Boy’s last album, Mania, was released in 2018.

Remember when Weezer did that cover of Toto‘s Africa?

The last time that Weezer and Fall Out Boy were each here was back in 2018, whilst Green Day’s last appearance was in 2017.

We’ll keep you posted on any updates as they unfold.

In the meantime, check out our article on how Green Day’s Dookie changed the course of pop-punk history.

Watch the announcement video for the Hella Mega Tour below.