Put away your green and black hair dye and switch it up for the bleach. Our favourite teen superstar, Billie Eilish has traded her iconic locks for bleach blonde hair and it has broken the internet!

Just days after cleaning up at the Grammys, winning Record Of The Year two years in a row, Billie took to Instagram to debut her bombshell blonde look with a playful video and selfie.

“Pinch me,” she captioned her selfie to her 78 million followers. The Instagram post revealing the star’s new locks broke Instagram records. The record was previously held by Selena Gomez in 2018. Within six minutes, Billie had racked up a massive one million likes. Instagram has confirmed her selfie is among the ten most-liked photos on the platform. 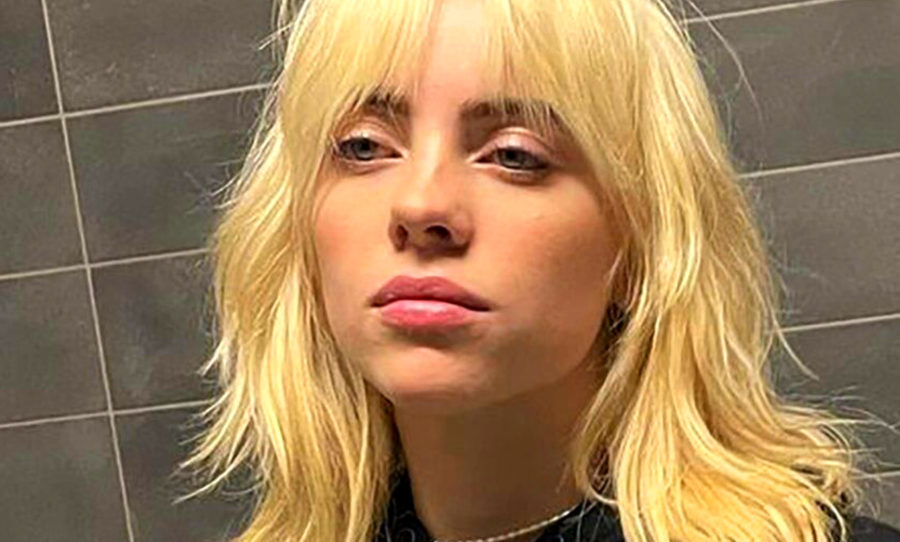 The 19-year-old Grammy winner posted a TikTok appearing to rock her iconic black and green hair, in which she slightly pulled her hair to reveal it was in fact a wig. The viral TikTok questioning how long she’d been wearing the wig for.

Fans had speculated that the singer was wearing a wig during her appearance at the Grammys after Billie revealed in December of last year that she’d be making a huge change to her hair. Fans have eagerly been waiting for the reveal since.

me when i’m billie eilish and i can pull off any hair color pic.twitter.com/9BDilV9Hgw

But why is changing your hair colour worthy of breaking the internet? As mentioned in her new documentary The World’s A Little Blurry, Billie explains that the documentary marks the end of an era – hence the new ‘do’. “I’m changing [my hair] after the doc comes out. It will be the end of an era. I’m gonna give you a new era,” she explained to her fans in an Instagram live, before the documentary’s release.

Her iconic black and green hair made Billie recognisable for so long, the change of hair has sparked excitement over the internet on what direction Billie will take her music next. Perhaps it’s a nod to classic Hollywood, will we see Lana Del Rey vibes? Maybe a punk-rock Hayley Williams era? Stay tuned!

billie eilish getting ready to break the internet pic.twitter.com/Jyvf5phunM