Being King Shit ain’t all it’s cracked up to be. Sometimes you just hit it lucky. Like Tom from Myspace, he had an idea that was really good for about five years, and then it wasn’t. Same goes for music. For all those times decisions were made which were bad then and are still bad now here are a few times interesting choices were made that turned out to be very good ones. Sometimes the magic you catch in a demo recording can’t be replicated again. Here are 8 times those recordings made the final mix.

The whole of Paranoid – Black Sabbath

If you haven’t read Ozzy Osbourne’s autobiography, you should. It’s true that about half the book involves him doing drugs, or being on drugs, but there’s a good few anecdotes in it that make worthwhile showbizz gossip.

Paranoid – Black Sabbath’s smash hit you’ve all probably heard even if you detest heavy metal – was just an after-thought. Having smashed out recording their second album in a couple of days, the band had about three minutes left over on their tape reel. Tony Iommi, their guitarist and creative lynchpin, smashed out a quick guitar riff, bassist Geezer Butler wrote some lyrics and it was all done and dusted in about two hours. In the crushing creative pressure came one of metal’s (and music’s) best songs of all time.

That gyrating opening to one of the most famous songs in history was never meant to be. In fact, if it was up to Keith Richards the song wouldn’t have seen the light of the stage (he thought it sounded like a folk song and didn’t like). As Rolling Stone says, “Richards heard his now-famous three-note run in a dream, woke to plant the riff on his tape recorder and mumble ‘I can’t get no satisfaction,’ and then fell back asleep soundly.”

What’s more is that Richards originally wanted horns to open the song. He had just been sent a fuzz pedal by guitar company Gibson, so he used that as a descriptive stop-gap for the prospective tracking of the horns. When it came to, the rest of the band persuaded Keith to keep his original recording – which apparently contained 40 minutes of his snoring – and do away with the horns idea. According to Mick Jagger, oddly, it was the only blow up they ever had.

My, what a loose unit Otis Redding was. Before he tragically died at the age of 26, in a plane crash, the blues and soul superstar not only wrote a song about watching ships leaving a harbour (loose unit fact #1) but he just plain whistled a third verse instead of writing one (loose unit fact #2).

Redding’s original intention was to record an actual third verse, but at the time of recording hadn’t actually come up with anything, so he whistled in a placeholder. Unfortunately, in between the actual recording and his intended re-recording, Redding caught the flight that ended his life. So, the whistled end of the song stayed and grew comfily into one of the best-known whistled songs.

These guys are just flat out geniuses (geniui?), almost everything they do turns to gold. The story for this one goes that Jonny Greenwood had been fooling around in the recording studio one time and as Thom Yorke tells it: “Jonny handed me this DAT (digital audio tape) – that he’d gone into our studio that afternoon – and the DAT was about fifty minutes long… and some of it’s just “what?”. But then there was this section that was about forty seconds long in the middle of it that was absolute genius. And I just cut that up, and that was it.”

The crooning in Sick On Sunday – Dillinger Escape Plan

If you really do love music, then you should listen to this song as it manages to successfully cram in Agoraphobic Nosebleed, Radiohead and Justin Timberlake all into two minutes and seven seconds of play. As Dillinger Escape Plan singer Greg Puciato – an already pretty interesting man – explained to Teamrock.com:

“I feel like this is another first for us. It was more of a glitchy, electronic thing, and then the end of it has what’s basically R&B singing over the top. I remember when [producer] Steve Evetts was mixing the record. I’d wanted to do this R&B singing part over the end of Sick On Sunday the whole time but I didn’t do it. I just thought, ‘This is just too far, man. I can’t do soft R&B style singing on a damn Dillinger record’. I asked if he’d mixed the song and he said, ‘No, but I’ll probably start tonight’. I said, ‘I’m going to swing by the studio and I’m going to sing this thing over the back of it. If it’s totally lame, or just stylistically really too far, please let me know’. And he thought it was great. We did it really fast, maybe 15 minutes of takes. He said, ‘Why didn’t you do this before?!’.”

You could probably extend the demo aesthetic to the entirety of Sonic Youth’s Dirty – of which Creme Brulee is the ending track – but this one takes the cake. According to the SY nerdlingers over at the Sonic Youth Information Database, the song was haphazardly recorded while half the band was jamming. What makes the song is that fact that at the time Thurston Moore was fiddling around with his amplifier, trying to plug it in properly. The drummer Steve Shelley and the bassist/vocalist Kim Gordon were just jamming along, and Lee Rinaldo, who was sitting behind the desk at the time, decided to sneakily record it.

The messy nature of the song can not only be clearly heard in the recording, but it’s also meant that the song has never be played live – probably because it was never complete enough to be actually put to tape.

The majority of For Emma, Forever Ago – Bon Iver

There’s a creakiness to this record that is inherent to its soul – probably because it was literally recorded with a bunch of crappy recording gear, a guitar bought at Sears and half a drum kit. After a stint in his father’s cabin where he spent three months recording during the Wisconsin winter, Justin Vernon had every intention of bringing what he had to a studio and re-doing them. His friends convinced him otherwise:

“I brought it down to Ivan from The Rosebuds, and he was like, “Dude, these aren’t demos. This is your record.” I never had an opportunity to give it my own spin. People were spinning it already. In a lot of ways, I’m still in spin mode. Whatever it is people say the record is, I believe them.”

Steven Drozd was not exactly peachy company during his heroin years. As the drummer, keyboard player and all round ideas man for the band he was however integral in their ascendance into intergalactic domination. Our favourite story comes from the squealing riff that’s found in race for the prize which Drozd perfected at home and brought to the studio on a shitty cassette tape. The sound is impossible to re-create and so the Lips travel with a sample from the original tape for live performances. 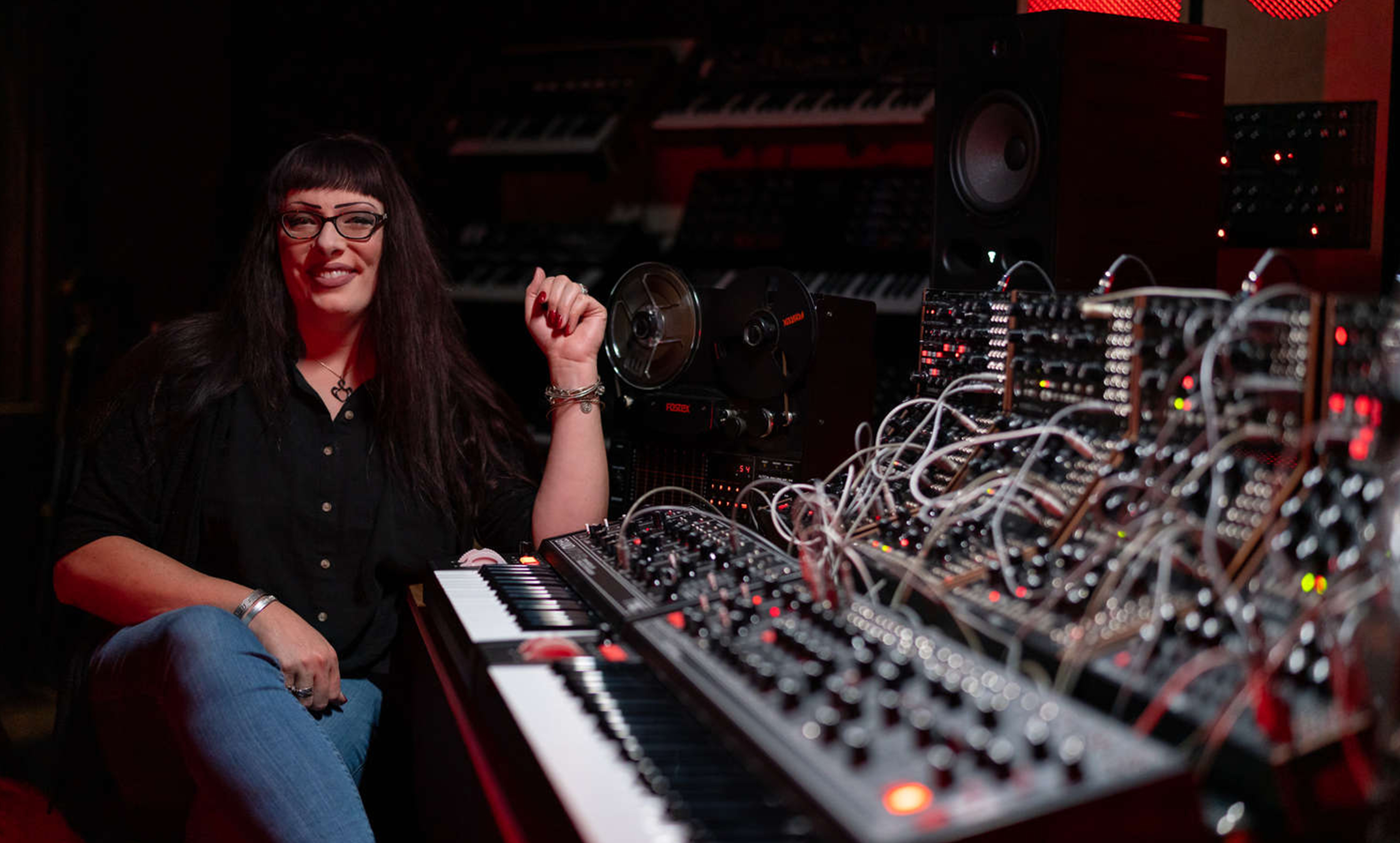