The Sony C800G shattered the mould with a blend of vintage tech and cutting edge design. Read on as we explore how this black sheep achieved immortality.

Like few other pieces of studio gear, microphones tend to fall into a strict hierarchy. But the Sony C800G comes close to being in a league of its own.

There are the indestructible staples – the Shure SM57, Sennheiser MD 421, AKG D112, BeyerDynamic M88 – mics that you can take anything you throw at it. Further up the scale, it gets a little more specialised. Small diaphragm condensers like the Neumann KM84 or the Oktava MK 012, higher-end dynamics like the ElectroVoice RE20, Sennheiser MD 441, Shure SM7B, plus high-quality large-diaphragm condensers that still slot into the workhorse category – think AKG C414 or the Neumann U87.

But then there is a truly rarified category, the real headline large-diaphragm condensers like the Neumann U 47, Telefunken ELA 251, AKG C12 and a few more of this ilk have usually been reserved for the superstar voices.

The Sony C800G is a microphone that has rightfully earned its place in this echelon. It hasn’t, however, received the recognition of some of its silver-coloured siblings. We figure it’s high time we celebrate this left-of-centre classic. Perhaps one of the keys as to why this mic hasn’t reached the same level of notoriety as the likes of Neumann, AKG and Telefunken, for example, is that it doesn’t have the same long history. A key to the allure of these grand examples is the imagery – and subsequent mythology – that surrounds them.

Reach further back into the ‘50s and you have iconic images of Elvis Presley crooning into an RCA 44 BX ribbon. The C800G didn’t grace the studio until 1992 – way after those heady days and into an incredibly divergent studio scene.

The other microphone manufacturers in that special league of also have many models that are well recognised. Neumann has enjoyed ongoing fame for multiple flavours of large diaphragm condenser, as have AKG. This has served to increase its brand recognition as a whole – need to track a lead vocal? Grab a Neumann. Of course, each model will be slightly different in character, but the brand name assures a certain standard of quality. For Sony, however, the C800G is an outlier. They do have a few new models, including the new C-100, which takes at least its aesthetic cues from the classic. There are a few rare vintage models, like the C-37A and the C-38B, but overall Sony microphones haven’t enjoyed a long-standing reputation as a studio staple over the decades.

LIke many of its illustrious forebears, it’s a tube-based design. The 6AU6 vacuum that resides in C800G is known for warmth that it imparts to the lower mids of the frequency spectrum. Yet this kind of valve driven character is not what the microphone is best known for.

Instead, the C800G has earned its stripes by delivering unprecedented accuracy, which makes it equally at home on vocals and acoustic instruments.

When the mic finally landed in the market, boy did it make a splash. It’s versatility and extremely open character make it a very popular choice for vocalists. It’s been favoured by rap producers and artists like Dr. Dre, Snoop Dogg, Eminem and Kanye West for the way it effortless captures crucial high-end detail in rap verses, without needing to artificially boost high-end frequencies with EQ. And Mariah Carey, a singer who traverses the octaves like few others, has been known to enjoy the Sony.

The way that Sony C800G exhibits a natural boost ranging from approximately 8 – 14kHz adds what many engineers refer to as “air”, or “sheen”, without needing a liberal amount of boosting from an EQ. In short, a headline vocal recording exhibits a “finished” quality that is incredibly hard to replicate with any other microphone. 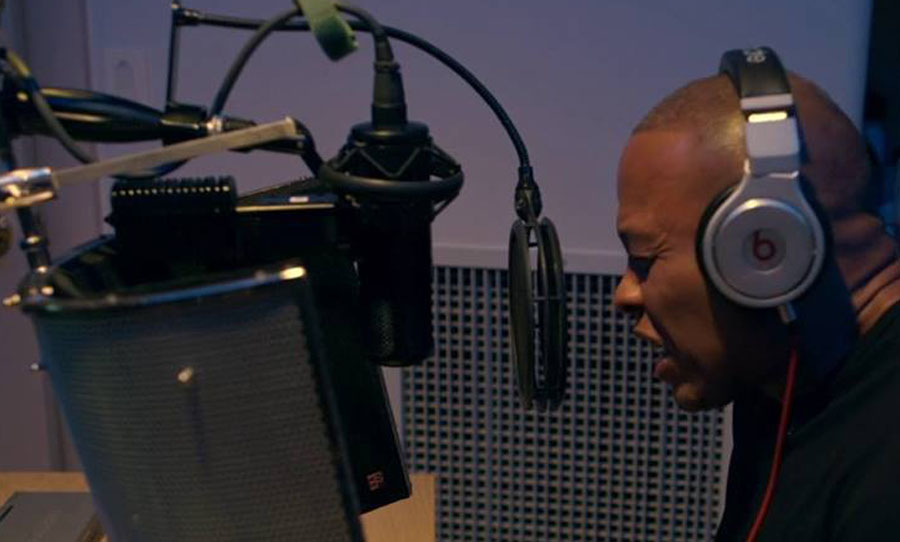 Many of the studio archetypes have received the emulation treatment over the years. And though the new C-100 is redolent of its forefather in some respects, it really is a completely different beast. The groundbreaking design of the Sony C800G, its premium components and hunger for studio products that compete on price (this thing is eye-wateringly pricey) mean that this rare specimen is unlikely to be replicated any time soon.