Woodes has been making some incredible music from her home base in Melbourne for many years now, but Minecraft has been a more recent venture. She picked the game up in 2017 and has been playing it ever since, and with the announcement of her debut album Crystal Ball, she’s marrying those two interests in an incredible way.

Teaming up with videographer Reuben Gore – who made headlines in April by recreating the grounds of iconic Aussie festival Splendour In The Grass within Minecraft – she’s now planning to launch her album inside the mysterious and enthralling Crystal Ball Village. Built within a private Minecraft server (like the many accessible via Planet Minecraft) which fans gain access to by pre-ordering the record, the village tells the stories of each song on the album through large-scale, fantasy-inspired landscapes.

But it’s more than just a realm you can explore, it’s one you can build a home in, uncover secrets and easter eggs, plus hang out with Elle Graham (Woodes) and Reuben as they lay down their finishing touches. We spoke to the pair of them to find out a little more about the project.

We speak to Woodes and Reuben Gore about the Crystal Ball Village, a private Minecraft world where the Melbourne artist plans to launch her upcoming album.

HAPPY: Tell me about the village! It looks like less of a village and more like a whole world.

WOODES: I think originally it was ‘let’s try get something that shows what we’re doing’, but Reuben is very good at Minecraft and very quick. Like, we did a location reccy where I spawned on a beach and then kept spawning in different locations, and then he just made a crystal ball in an instant out of glass using the world edit tools. I was like ‘oh cool, this is really exciting to work with someone who knows Minecraft this well’.

REUBEN: I think it’s pretty powerful what you can do, you can manipulate the world and really transform it into a space that’s quite unique. In this case we could really tailor it to the upcoming album.

HAPPY: And how big has the village ended up?

REUBEN: At this stage we’re working around a centralised area as the main focus point of the server, which is the Crystal Ball Village. Then gradually we’re hoping to expand and create other areas as well – I think bringing other people on the server will really allow for that.

HAPPY: Elle I know you’re a fantasy fan and for me, one fantasy trope is these grand, named locations that really help build a world. Does the Crystal Ball world have these landmarks?

WOODES: When you spawn into the world, my friend Jason has been making a map that you can see – you can use banners to mark the different spots. I’m out here farming and he’s creating a tiny map, it’s amazing what you can do. I think the plan will be to have different elements of the album in different villages. [To Reuben] What are those portals you were talking about?

REUBEN: So we’re still working on that, but we’re going to make points where players will be able to teleport around to different areas, so we’ll make it pretty accessible to get to different parts of the world.

HAPPY: I know it’s still a work in progress, but is there a favourite spot for either of you?

WOODES: It’s hard! The ball is so good, and there’s actually a hidden world under the ball which you can figure out how to access. But I think Reuben just did so well with the mushroom village – it’s really beautiful with all of the different tiered structures. I had this mushroom image in my head from the beginning, that if I was to make my album in Minecraft it would be all these little mushroom places around a crystal ball. And he’s just made that so beautiful.

WOODES: The swords are good too! Over the river. HAPPY: How closely have you two been working on this? Were there a couple of initial guidelines for Reuben and then pretty much free reign?

REUBEN: At first it was pretty based off a brief and then yeah, I decided to give it my all and I just love Minecraft. It’s just great to work with such a great artist as well, I’ve been really loving it. I’m going to jump on the server almost daily to try and keep the community going, I think there’s a lot of potential there.

HAPPY: Have you been listening to the album for inspiration?

REUBEN: I’ve been blessed with the chance to hear it and it’s got some thumpers, I’m really excited for everyone else to hear it. There’s a lot of iconography and symbolism throughout the map that’s based off the forthcoming album… so stay tuned.

HAPPY: Nice, that’s what I was curious about. How long have you been doing these builds? Before the Splendour [in the Grass] one, I guess.

REUBEN: My background’s in videography… I don’t think I can self-proclaim my title as a gamer at all, but Minecraft’s the game that I’ve played the most. This was the real chance to do something different. Before that I didn’t really have many projects until the Splendour build, and that obviously set things off and got us really in touch for this project.

WOODES: How it really started is I saw the Splendour video go live and a mutual friend Andrew tagged me in it. I was like, ‘who made this?’ and he replied straight away and linked me to Reuben. From memory we were on a call that day.

REUBEN: Yeah, it happened straight away.

WOODES: I had the idea and I… I’ve only ever played Minecraft in Survival Mode. There’s two different modes – Creator and Survival – I guess there’s more modes than that?

REUBEN: They’re the two main ones. WOODES: But those are the two I know. I’d only played in Survival where you have to collect sand to melt it down to glass, then you could make something like a crystal ball out of hours and hours of collecting sand. So I was ready to do that… and then seeing Reuben do this amazing video, all the shots were so beautiful roaming around the site, it wasn’t just building it but being able to showcase it really well. Straight away I was super excited. Then there was a couple of months in there where we maybe weren’t releasing the album this year, then there was a new date, then it was like a two week turnaround.

REUBEN: It’s happened really quickly, but you can do so much so quick. We also had a little team of Elle’s contacts helping out too for the initial build.

HAPPY: Your first press release mentioned missions, are there stories embedded in the world?

REUBEN: Yeah, to some degree. We’re still working on the setup of that sort of thing, but like I said there’s a lot of imagery and I guess easter eggs that will give you hints about the upcoming album. In terms of a storyline, not so much yet. Elle?

WOODES: The thing is, it’s pretty infinite what we could do. I’m pretty excited, this weekend will be the first time inviting fans into it. Also there’s an element of having fans build it together, it’s like saying ‘oh we’ve got this song, we’ve got this in mind, do you want to help us create that space?’ Or build your house next to that song. There’s a whole bunch of stuff that we can do but at the end of the day, in October when the album comes out, we’ll be able to show the progress and fans will be able to say ‘I was a part of this’. Because you’re hanging out while you’re building, sometimes I’ll walk into different buildings and remember that day and those conversations as opposed to the buildings specifically.

HAPPY: The social element is really what’s interesting. People who pre-order will be able to build their own home within the server from this weekend?

HAPPY: Amazing. I’ve always loved the idea that once you release a piece of music, it doesn’t really belong to you anymore, it belongs to your audience. This is a really nice way of demonstrating that.

REUBEN: Particularly with a lot of Facebook groups for Australian artists and stuff rising into popularity – everyone’s getting their own Facebook community – I think it ties in with that and takes it a step further. Actually being able to join the server and being able to interact with Elle, with Woodes, it’s really bringing that community connection on board.

WOODES: I did these listening parties last year and it was really nice as an opportunity to actually talk, because some of my favourite parts of touring are after the show, getting to talk to the people at the merch desk. That’s tricky when you’re doing three shows in a row and you have to conserve your voice, and it’s late, and you have to pack up all your gear and get out of there. So it’s been so nice meeting the community and being able to share stories, as [Reuben] said, being able to share the songs and backstory on things, so I’m really looking forward to using this time where I can’t tour to still be able to have those conversations. Create a nice little world for us to live in.

HAPPY: I did want to ask, has C418’s Minecraft soundtrack ever been an inspiration for you?

WOODES: It’s beautiful! I play a lot listening to other music now but when I first started on Minecraft I was very captivated, I’m definitely very inspired by soundtracks and a dream would be to make a game soundtrack, that’s bucket list. That’s part of doing stuff on Twitch, I want to make a game soundtrack live, just using either Ableton or Logic and making it from scratch in that community – that’s definitely on the list. HAPPY: Do you see the Crystal Ball Village continuing beyond the album release, staying there as an online space for you and your fans to have?

WOODES: Yeah, we’ve got a couple of other ideas on how to bring other musical artists into the world as well. I guess it’s in beta mode, but ideas of how to extend the world and invite the extended music community in… at this point it’s hard to know. But if people are into it, I’m into playing Minecraft so… I’ll be there.

HAPPY: What’s the feasibility of doing a concert in Minecraft? In terms of delivering sound at a certain quality and all the other tech aspects.

REUBEN: I think the main barrier is the technical knowledge of your average Joe in terms of being able to set that all up and get on the server themselves. That’s an issue, you’d probably have to install a modded version of the game to truly achieve that live performance aspect. But the way that all these other virtual festivals have been via the app Discord, they’ve been using that to sync the soundtrack of stages in real time – you click on ‘Stage 1’ if you’re on that stage and it syncs to the people on the server. So that’s interesting, but it’s a bit clunky at this stage.

HAPPY: Hopefully not for too much longer! Well thanks for taking the time, really excited to see it all come together.

Crystal Ball is out October 2 via Believe Digital. Pre-order your copy here for access to the Crystal Ball Village. 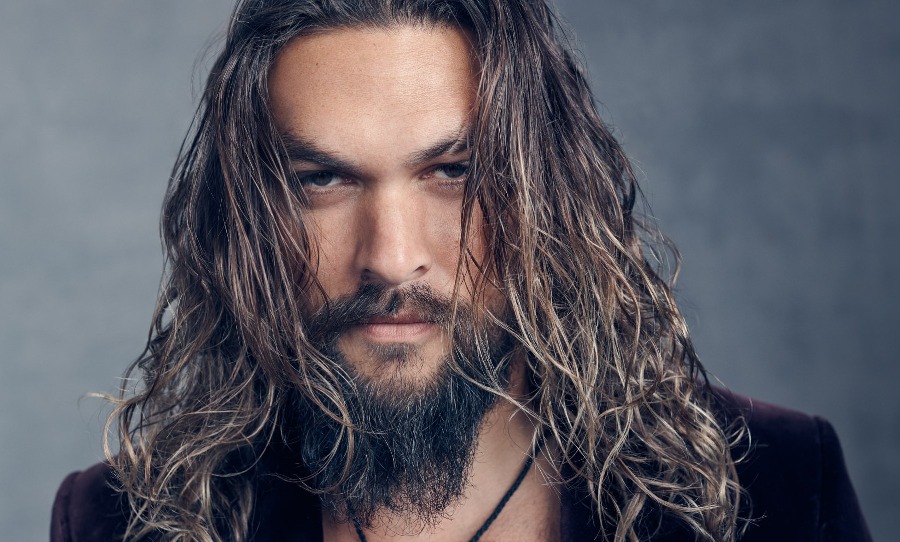