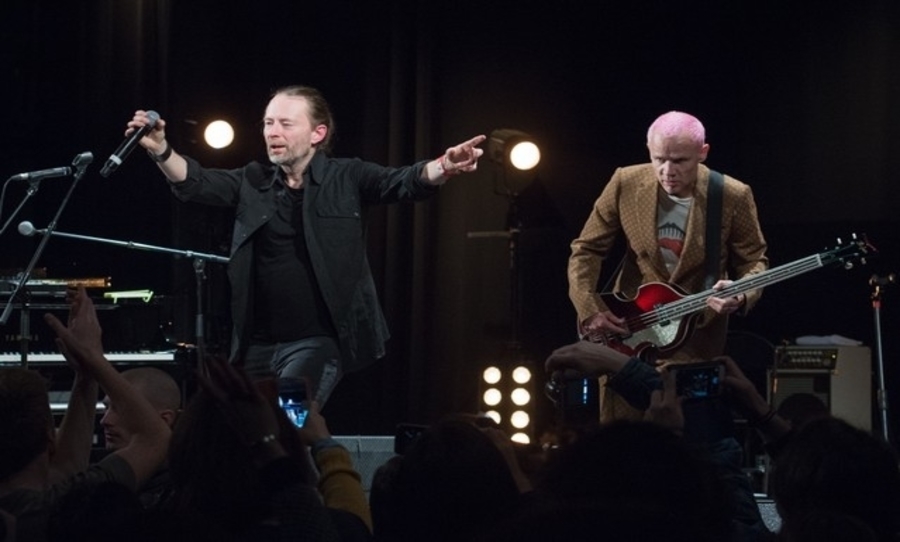 Radiohead frontman Thom Yorke and Red Hot Chili Peppers bassist Flea have teamed up for a haunting new collab that will feature in the soundtrack of Edward Norton’s upcoming film, Motherless Brooklyn. The track is called Daily Battles, a sombre piano piece with Flea contributing bass and trumpet to the sub-three-minute recording.

Flea has played in Yorke’s band Atoms for Peace since 2009. The track is bound to give you shivers with Flea’s remarkable musicianship blending in seamlessly with Yorke’s trademark haunting vocals that have characterised Radiohead’s music for decades.

Thom Yorke and Flea have collaborated on a new track Daily Battles that will feature in Edward Norton’s upcoming film entitled Motherless Brooklyn.

Norton’s upcoming film is based on the 1999 novel of the same name, a crime drama set in 1950s New York. He will produce, direct and star in the film, set for release in November of this year. It will premiere at the Toronto Film Festival next month.

Speaking to Rolling Stone, the ‘Fight Club’ star said, “[The song] rises organically out of the story of the film and it gives you shivers, it’s really a special thing when that happens.”

Meanwhile, this news is representative of the busy years that both Yorke and Flea have had outside of their respective bands. Yorke released a new EP last month comprising of four tracks, while Flea’s long-awaited memoir entitled Acid for the Children is set for release on November 4.

Listen to Daily Battles below: