Meet Patron, the good boy who has sniffed out 200 explosives for Ukraine
Skip to content
[gtranslate]
LS Ukraine’s goodest boy, Patron has been honoured by President Volodymyr Zelensky for sniffing out more than 200 explosives since Russia’s invasion.

Ukraine President Volodymyr Zelensky has presented a medal to one of the country’s most important (and cutest) soldiers during its conflict with Russia, a pint-sized Jack Russel terrier named Patron.

Canadian leader Justin Trudeau was also in attendance, prompting laughter from the ceremony’s audience as he tapped his pockets, looking for a dog treat after Zelensky presented the medal.

The State Emergency Service of Ukraine reported that Patron was “extremely pleased to meet a true friend of Ukraine,” referring to the Canadian Prime Minister, “even though Mr. Trudeau did not find a piece of Patron’s favorite cheese.”

“Today, I want to award those Ukrainian heroes who are already clearing our land of mines,” Zelensky said. “And together with our heroes, a wonderful little sapper – Patron – who helps not only to neutralise explosives, but also to teach our children the necessary safety rules in areas where there is a mine threat.”

Patron’s owner, Myhailo Iliev, who is a major in Ukraine’s Civil Protection Service, was a co-recipient of the reward.

The real-life Paw Patrol leader seemed pretty happy to be recognised by the President, barking and wagging his tail after he received the medal, which, as you can imagine, also got the crowd going.

Patron, who’s name translates to “ammo” in Ukrainian, is a bit of a cult figure in his home country, not only for detecting explosives, but playing an important role in teaching children about bomb safety.

He’s kind of like Healthy Harold, but arguably (a lot) more important. 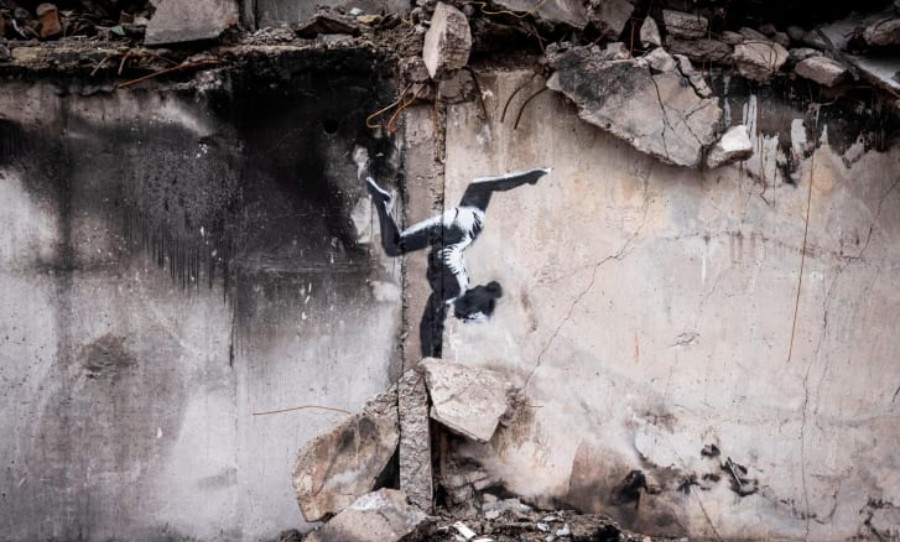