As the robots hang up their helmets, we deep dive through their discography to give you their top 10 hidden gems.

As 2021 rolls along, the news has been quite bleak in the electronic music scene. The end of January saw us lose SOPHIE — of one of Electro-Pop’s most innovative and experimental faces — and whilst we really didn’t need any more reason to commiserate, earlier this week we received the news that Thomas Bangalter and Guy-Manuel de Homem-Christo will no longer be releasing music as Daft Punk.

It’s absolutely no secret how much of an impact Daft Punk had on the music industry. From establishing and popularising the House and Acid House genres with their Roland TR-909 and TB-303 sequencers — to producing some of the most beautiful tributes to music’s Disco Era on their 2013 album Random Access Memories — they’ve left behind a legacy as one of the greatest outfits to ever do it.

Whilst their discography is deceptively small: retiring with just four studio albums, two live albums, and a soundtrack under their belt — their dedication to quality production, their rich technologic aesthetic, and the homage they pay to their predecessors through collaboration and sampling, can be seen throughout all of their releases.

And whilst they’ve remained one of the most interesting acts over the past 28 years, there are a couple of tracks that have slipped through even the greatest Daft Punk fan’s fingers, and so we’ve reached deep into the robot duo’s back catalogue, and plucked out some of their greatest hidden heaters. Before Daft Punk had their name and their signature aesthetic, they were a 3-piece act named Darlin’, alongside Laurent Brancowitz (of later Phoenix fame). They released a couple of songs on collaboration vinyl in France’s underground scene, and whilst they were mostly grown from more traditional rock roots, the above song Untitled 18, can see the outfit take a turn towards the more dancey, drum-machine-centric sound that early Daft Punk would become known for.

In fact it was the scathing review of one critic, who referred to Darlin’s output as “daft punky thrash“, that inspired Thomas and Guy to change their name, setting the trajectory for their future collaboration.

Regardless of its critical success, 2010’s Tron Legacy was the perfect world for Daft Punk to exist within. Characters getting sucked into an arcade world full of rich neon colour, robotic suits, and bright motorcycles — it’s enough of a likeness that it’d feel weird if Daft Punk weren’t tied in amongst it somehow.

Out of all of the tracks provided for the score, Son of Flynn is one of the top contenders — with its beautiful modular chord progression, ambient backdrop and rich synth textures, it unapologetically pulls you into Tron’s cyber-world for a brief, but glorious moment. But let’s not lie to ourselves, it’s probably the best thing about that movie.

Amongst Daft Punk’s early work are some of the most blisteringly aggressive hard-techno tracks that you can come across, and Drive is right up there. The belting kick drum, the off-kilter claps, the brutally crushed vocal samples — when mixed together, the elements of this song make up a hefty raver of a tune. Initially intended to be sent alongside Rollin’ and Scratchin as Soma Recording’s 25th release, it was lost when the label asked them to finish Da Funk as their preferred A-side.

In fact, it was by pure luck that a couple of Soma techs found an old tape labelled “Drive Unreleased 1994” (as seen in the video thumbnail) whilst clearing out old DAT’s, and had they not had this discovery, we wouldn’t have this big-ass heaver on our hands.

7. The Micronauts – Get Funky Get Down (Daft Punk Remix)

Once again, an absolutely frothy belter from the Robot Boys. With abusive crunchy bass tones, an aggressive 303, and a phat kick/snare combo, it’s the kind of Daft Punk song that leaves you surprised that they’re the same artists who produced the incredibly kind and pretty textures that exist on the second half of Discovery.

At Daft Punk’s roots is a gritty, aggressive and purely awe-inspiring techno duo, and the way in which they remixed this Micronauts tune really doesn’t let you forget about that.

Originally shipped as the B-side to discovery’s Aerodynamic, it wasn’t until the CD release of their Daft Club remix album that this song saw a proper release. Whilst there are somewhat inaccessible elements of noise incorporated into the mix, the ‘open-hi-hat on the third’ drum loop makes for a masterclass in writing the funky, groovable dance patterns that stood at the centre of ’90s dance and techno.

Without acts like Daft Punk, and songs like this, the club culture we currently know (or will know when COVID opens our clubs back up) would’ve never existed — and so thank god for tunes like this.

Whilst the Chemical Brothers were at the top of their game while releasing this song, Daft Punk brought an element of 909 groove into the mix, making it one of the most danceable songs on this list.

Da Funk Back to Tha Punk, Come on! One of the most simple, but unapologetically enjoyable songs in Daft Punk’s catalogue, and definitely one of their least appreciated. In one song, Daft Punk outline the magical simplicity with which they approached their early discography. In a way that seems deceptively easy, all they’re doing in this tune is layering one stem on top of another.

First a vocal, then a kick, then a snare, then some hats — there are no deceptive mixing tricks that make it sound great, just one undeniably good musical element stacked on top of the next. I can never tell Daftendirekt is an insanely precise work of art, or a slap-dash improv of music layering — and I don’t know if I ever will. All I know is that it’s a great tune.

What starts off as a hard-club banger slowly turns into a spacey ambient groove train, that you could ride for hours. The French-House bass line gives a fist-pumping swing to the tune and leaves us with a thoroughly enjoyable remix of an already incredible song.

Fun and danceable, give this one a go whilst in the car, and find yourself confusing the drivers in front of you as they see you vigorously bopping in their rear-view mirror.

One of the only rarities from Daft Punk’s later career, Horizon closes the album on a beautiful summary of all the ideas presented on Random Access Memories. Only found on the Japanese special editions of the record, it’s a more fitting end to RAM for some and an incredibly blissful cloud-trip to all.

The tightness of the production and the care given to each individual sound is so bespoke and intricate, that it makes for one of the most respectful songs of the audio medium ever written — elevating it into a love song, dedicated to music itself, and what music can be at its most incredible.

With this album, Daft Punk redefined ‘Live Album’. Where other outfits would feel content to throw out a couple of stage recordings with some crowd noise slapped underneath it, it seemed to be that Daft Punk would only ever attempt something if they could drastically turn the formula on its head. Rather than just play their songs live, they — in real time — crafted a non-stop, 85 minute set of mashups and remixes of their own music.

Whilst it’s innovative and incredible in its own right, it helps that every single track in this list is amongst some of their most enjoyable tunes — because what’s better than listening to a Daft Punk song? Listening to four Daft Punk songs. At the same time. If you haven’t heard any of the mashups in this project, and you enjoy their music, this is an order to immediately find it, and get around this fun-as-hell ride of an album.

Everybody’s favourite French Electronic duo might not be putting out music any time soon, (there are rumours of another Daft Punk Tron soundtrack to accompany another movie, but this hasn’t been confirmed) hopefully this list will put you onto some of their rarer cuts, as you get deeper into the world of Daft Punk.

Regardless of how sad their breakup is, they’ll always be recognised as the producers of some of the greatest electronic music to ever be played. It’s the end of an era, but take comfort in the fact that their legacy will always live on.

After all, robots can never die. 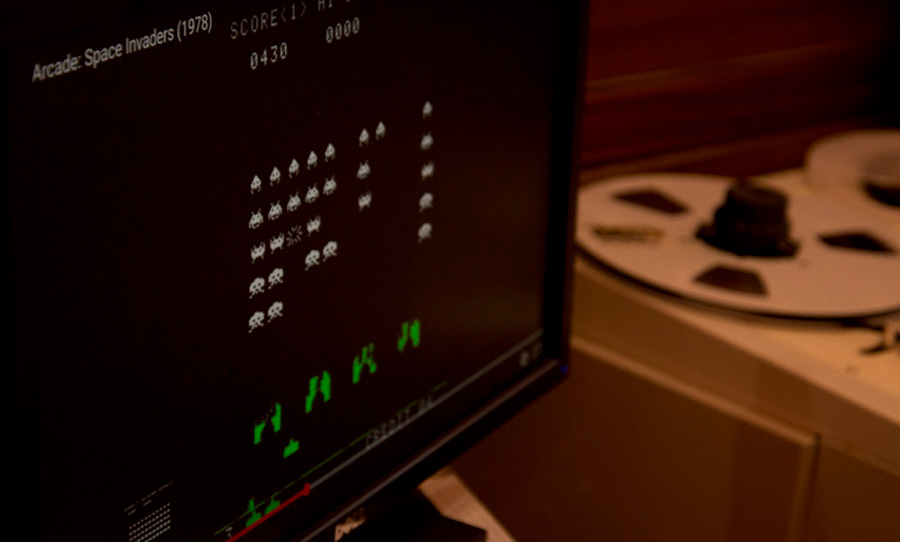