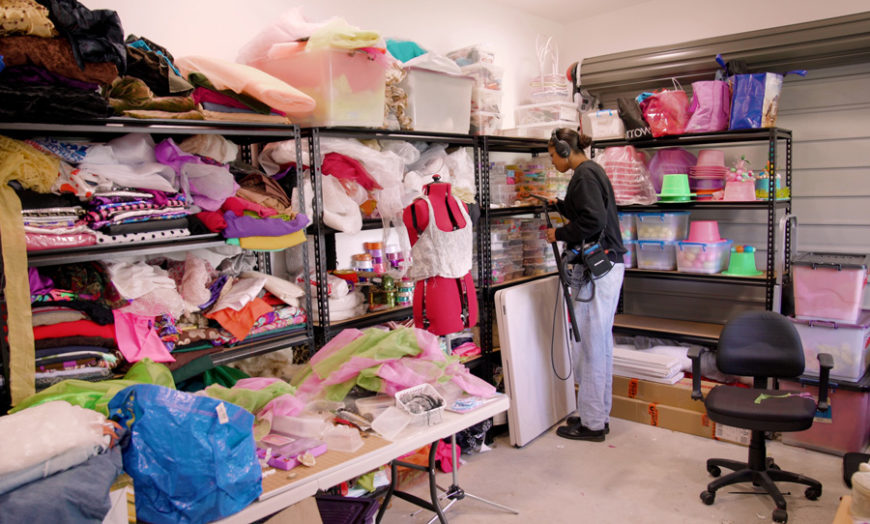 Artist Liyah Knight took over her mum’s costume workshop to make a sample pack from the sounds of machines, beads of all sizes, and curious findings.

Choosing a space that she’s extremely familiar with, Liyah Knight entered her mum’s costume workshop — not to make another outfit for a show — but to make a sample pack. Using a few Sennheiser mics and a field recorder she created her entire Somewhere Sounds sample pack in the tiny room that was full of weird and wonderful things, including a cash register that had been in the family business for generations.

Being no stranger to manipulating sounds in Ableton, she was eager to create something interesting and unique for you, herself, and her demo beat. Knowing that the workshop would be full of very cool drum and percussion instruments, she made it her mission to try to get some melodic sounds.

For her Somewhere Sounds Sample Pack an overlocker sewing machine was transformed into a bass synth, a drum rack was created from another sewing machine, and some fancy hats — obviously made for stage — were made into a few different synths. And that’s not all of it. Read on to see what she captured and how she processed them.

Starting with a Sennheiser shotgun mic (Model MKH 8060) on a boom pole plugged into a field F6 field recorder and monitoring via Sennheiser HD 28- Pro headphones, Liyah went straight for the beads. There was percussion galore there, including a chain rattle that later became a primary percussive sound.

Realising there was more (fake) gold in the room, she set herself down at the two sewing machines. When some of the sounds came in a little too hot, she changed over to the Sennheiser e906 dynamic mic so those louder sounds wouldn’t be too crispy. Here’s where some kick drum sounds were born.

Exploring the far corners of the room, Liyah found an old guitar and without even tuning it, she swapped the mics out and plucked the guitar with some previously found beads. With some experimentation, samples were created that almost doesn’t resemble what a guitar normally sounds like.

Heading to another corner of the workshop, she starting sampling a cash register that has been in the family for generations. In fact, it was first used in her grandfather’s shop! When asked, Liyah Knight casually mentioned she only uses 1 plugin, but this is not that case — she’s taken these sounds far from their original source using heaps of stock Ableton plugins. For example, on a sample of the Overlocker sewing machine that ended up as a synth, she’s got 7 plugins all morphing the sound.

It’s really interesting that the smallest of sampled sounds can create a synth that someone never would have dreamed of designing when sitting in front of a classic like a Sequential Prophet or a Roland Juno. The drum rack is an exciting playground of sewing machine ‘hi hats’ and ‘toms’, cash register snare and tape measure ‘kick’ and ‘tom’, and a shaker made from scrapping on fabric. There’s also the obvious bead percussion, as well as a few tings from a spray can.

Alongside the main drum rack, there’s a sizeable amount of percussion that she’s created. There’s a cash register percussion group, percussion made from whacking those glittery costume hats and a chain rattle percussion. Not forgetting the whole reason for the choice of the room — the sewing machines — there’s an excellent ‘sewing machine’ fx track that actually has barely any treatment. Although, that doesn’t mean it was an easy task.

To make the sewing machines create the sounds Liyah wanted, it was a delicate balance of the foot pedal and microphone to get that ‘errrrr’ and ‘vrrrrrrmmmm’. Without solo’ing them in the Ableton Live Set, you’d almost think they were some crazy synths firing off.

One of the more interesting transformations in Liyah Knight’s sample pack is the Overlocker bass. It’s a big bass sound that holds the mix together and made even more collosal with OTT (Over The Top) compression, a drum buss compressor and another final compressor.

It’s quite impressive to hear the difference when you make these compressor inactive. The use of the drum buss compressor on something that isn’t drums is another reminder to stay creative!

While the aforementioned guitar samples are really interesting sounds, there’s some magic to uncover in the costume hats synth. Firstly there’s some midi chord information being sent into the sample, some hectic sound sculpting EQ, saturation, chorus, flanger, auto pan and more.

This synth creates a huge part of the melody and harmony in the track — exactly something that Liyah was hoping for. There’s an extra synth towards the end of her beat that has all the same treatment, but acts as a long drone. Download this pack and more from the other Somewhere Sounds series here such as Setwun, Jonti, Chelsea Warner and Mr. Rhodes, and you can also download packs from our previous series, Sydney Sounds here. 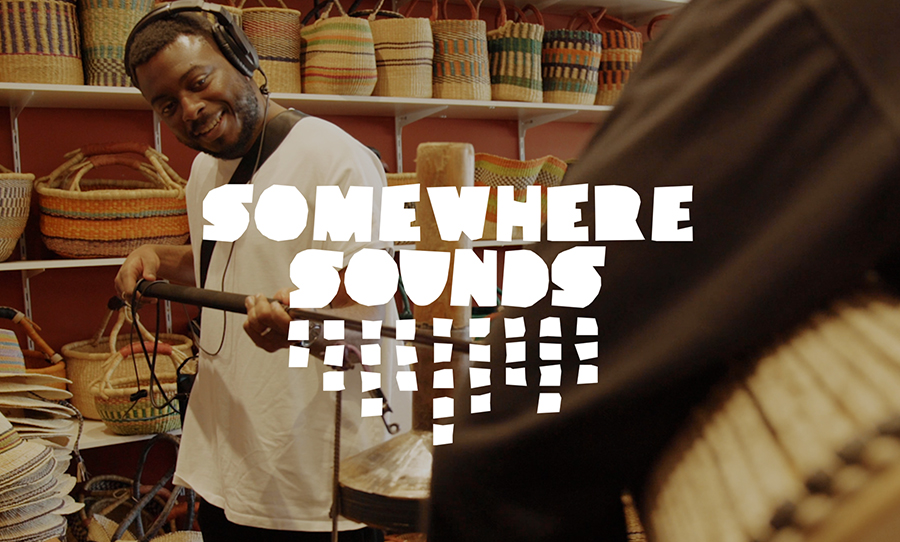