There are good clips, bad clips, and then there are raunchy clips. Don’t tell your mum you’ve watched these 10 NSFW music videos.

Anyone who’s worked in an office will know the second you start doing anything non-work related corresponds with the exact moment your boss decides to take a supposedly casual walk past your computer screen.

But if you’re lining up the perfect soundtrack to make the working day go faster, there are some videos that can’t easily be explained as mid-work procrastination. From nudity and violence to drug use and outright nightmare content, here’s our pick of 10 music videos that are definitely NSFW. 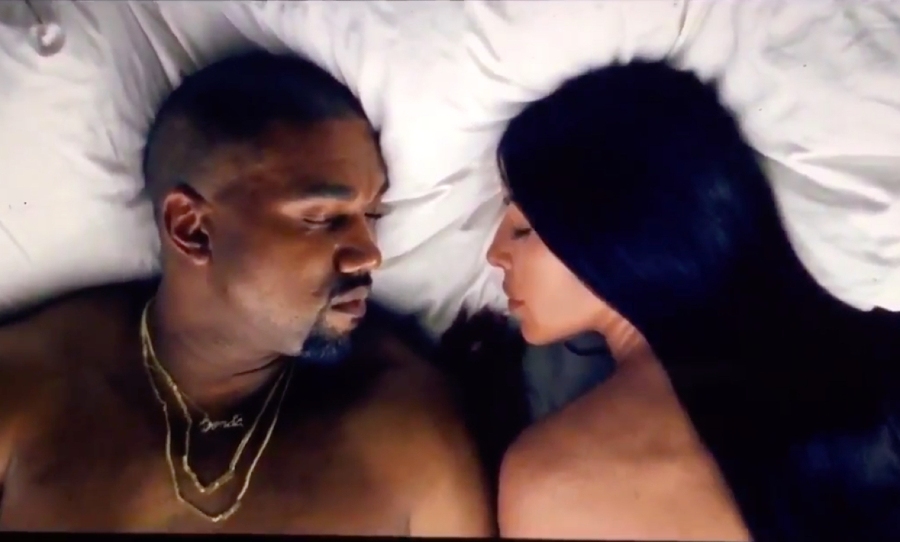 Unsurprisingly, not all the celebrities depicted as Kanye West’s naked bed buddies were that thrilled to be included, and the video was released amid an abundance of controversy, including that showdown with Taylor Swift.

Silicone or not, it’s probably best not to let your boss catch you watching Kim Kardashian, Donald Trump and countless more celebs naked and catching some z’s.

MTV slapped Men’s Needs with a 9PM watershed, which may have had something to do with the fact that it featured a naked woman flitting around the band before proceeding to hack off Ross Jarman’s arm and Ryan Jarman’s head.

Obviously, she was in no way supposed to resemble Kate Nash.

The Prodigy – Smack My Bitch Up

Smack My Bitch Up is laden with sex, violence and substance abuse – and that’s just the unedited version. The video quickly secured itself a cult following, with (spoiler alert) some praising the video for challenging gender stereotypes.

However, heroin use and vomiting don’t really make for great office viewing.

In a list of video clips that caused controversy at worldwide levels, WAP perhaps generated the most far-flung response. In the clip Cardi B and Megan Thee Stallion (flanked by Kylie Jenner, Rosalía, Ruby Rose, and others) strut around colourful sets in outfits you could also call… colourful.

As explicit as the clip itself is, you also have to hand it to the lyrics for bringing previously unseen levels of explicit content to a worldwide number one: “Put this pussy right in your face/Swipe your nose like a credit card.”

Juicebox starts off innocently enough in a New York radio station, but quickly descends into a debaucherous night out.

Director Michael Palmieri scaled back the sexual content to make the video less explicit, but with all the rooftop-and-bathroom-stall fumbling, vomiting and suggestive drunk texting, it’s maybe not one for office hours.

Tool’s creepy five-minute video verges on the stuff of nightmares, featuring grey sand people consuming nails and wires and a race of mutants whose entrails are plugged into a wall.

Definitely NFSW, or maybe not suitable right before going to sleep either.

An old man dressed in a Santa hat clambering onto a crow-covered cross, a woman wearing angel wings and a suit painted with human organs, a little girl in Ku Klux Klan robes, trees strung with human foetuses… all of these scream NSFW, even if it did scoop the band a handful of MTV video awards.

Y Control was deliberately shot to have a grainy, budget horror film vibe, but realistic or not, the video has Karen O surrounded by a creepy-looking bunch of children who carry around the body of a dead dog… and someone loses a hand.

We’re pretty used to Rihanna’s videos pushing the boundaries of what we can get away with watching at work, and Needed Me is no exception.

As well as the nudity that results from the video being set in a strip club, we get to watch RiRi coolly smoke a blunt and shoot down her rival with a pistol.